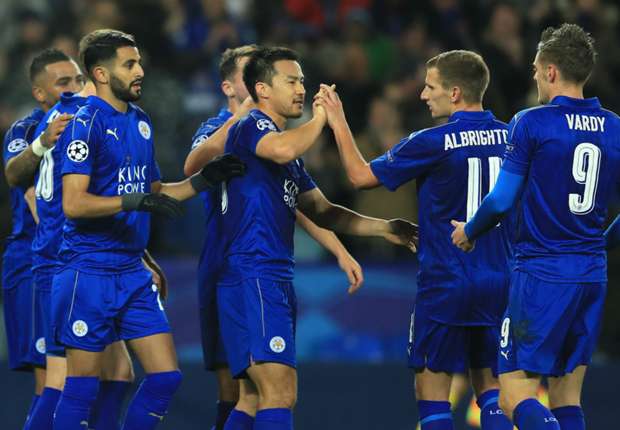 Claudio Ranieri's side are safely through to the last 16 of the Champions League, and have progressed without suffering a defeat in their five fixtures so far

Leicester City put their Premier League struggles to one side as they booked their place in the knockout stages of the Champions League with a 2-1 win over Club Brugge.

A fourth victory in five outings in the tournament, coupled with Porto's 0-0 draw away in Copenhagen, means the English champions will go through to the last 16 as Group G winners.