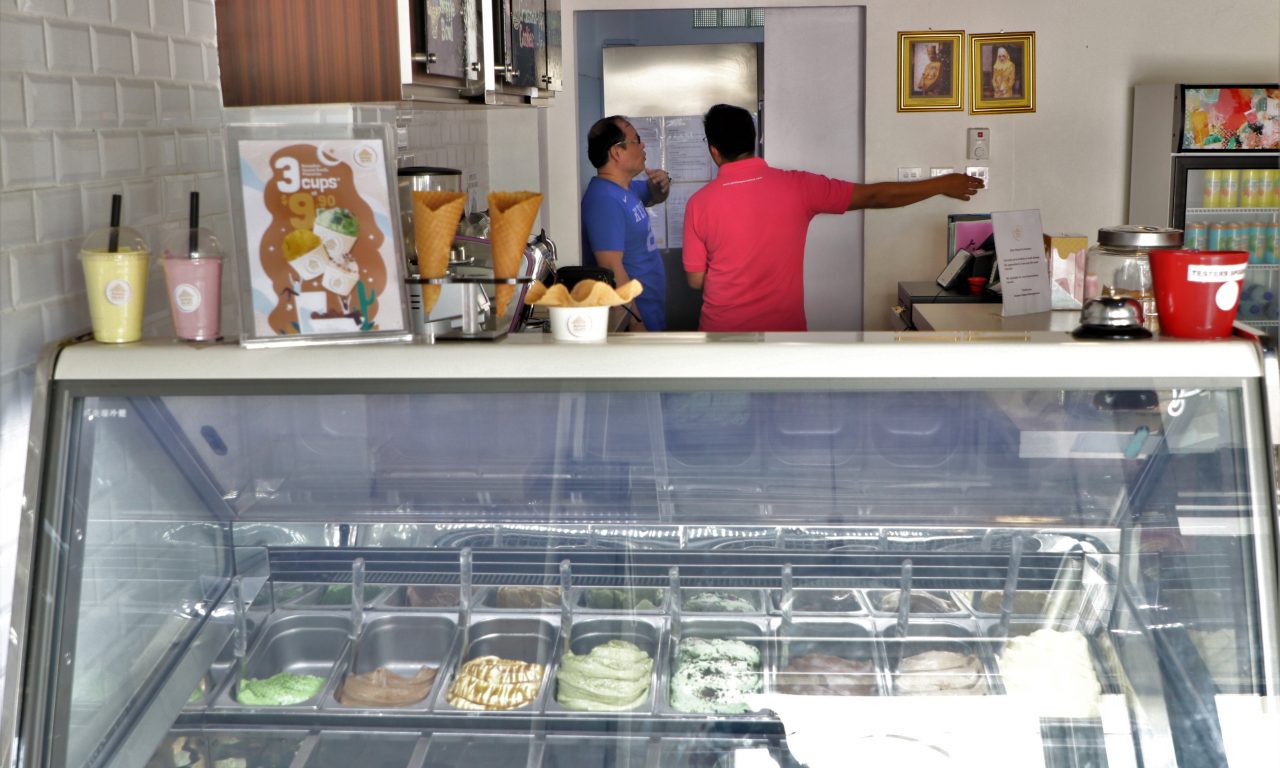 The founder of Rumah Gelato, Mordeny Hj Modihi (R) and his staff prepares their shop in Kiulap for reopening following a temporary closure. On Saturday, the Ministry of Religious Affairs announced that the White Rabbit Creamy Candy contained pork protein. Photo courtesy of Rumah Gelato

MoRA’s Halal Food Control Division will be getting in touch with other shops and restaurants who may have created their own version of the White Rabbit Creamy Candy ice cream.

On Saturday, the Ministry of Religious Affairs issued a statement that the candy contained pork protein, ordering the product to be taken off supermarkets shelves and placed in non-halal sections.

Senior religious officer at the Halal Food Control Division (BKMH), Ahmad Haziq Hj Abd Hamid, told The Scoop that businesses issued with a halal certificate are required to always adhere to terms and conditions stipulated under the Halal Certificate and Label Order 2005. 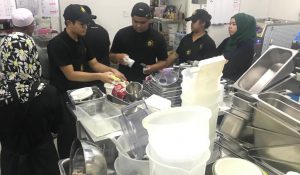 According to the officer, they have gotten in touch with the shops on Tuesday, days before the official announcement was released to the public.

“It is an offence for [halal-certified businesses] that fail to comply with the order or any requirements under the order such as failure to submit application with respect to new products or changes in the ingredients,” he said.

Upon receipt of the application, the committee will have the place inspected and product analysed before approving the proposed changes, he added.

Asked whether any actions will be taken against halal-certified ice-cream shops, he said, “According to the law, it is an offence, but we cannot say for now… what we are doing now is immediately cleaning the equipment which must be taken seriously”.

Local ice cream shops are giving their full cooperation in terms of proper cleansing procedure in order to win back customers’ trust and confidence.

Founder of Rumah Gelato Frozen Treats, Mordeny Hj Modihi told The Scoop that he wants to make sure his confectionaries are safe to be consumed by both Muslims and non-Muslims.

“We received a lot of messages and DMs over [the non-halal issue]. We stopped selling the ice cream even before the fasting month. The White Rabbit Creamy Candy ice-cream hype started in March and then we participated in the Brunei MSME Festival in April and we ran out of stock,” he said.

Rumah Gelato has six branches, and as of Sunday, three outlets have resumed operations following a temporary closure. The closure was to allow the MoRA team to conduct the cleaning.

Mordeny said he wants to assure the public that the cleaning process are done accordingly with assistance from BKMH.

“Many customers [have expressed concern] whether Rumah Gelato is doing the cleaning properly. We have taken all the appliances and equipment to our branch in Serusop, the store with the biggest kitchen for the cleaning process, and the cleaning was assisted by officers from BKMH,” he assured.

For Syikin Kariya from Project Ice Cream they have always been transparent with their followers, posting an announcement a week ago that they are discontinuing their White Rabbit Creamy Candy ice cream following concerns that they received from two of their followers.

“As soon as we heard the announcement, it is our responsibility to announce to the public,” she said. Project Ice Cream currently has two locations, their storefront in Kiarong, and a scooping station at the Bloom Project in Citis Square.

The cleaning process for the Project Ice Cream kitchen was done on Monday. “We are ready to reopen whenever they (BKMH) give us the green light,” she said.

Failure to comply with requirements or conditions imposed under the Halal Certificate and Label Order 2005 is an offense which carries a penalty of up to $8,000 or imprisonment not exceeding two years or both.

Halal permits are required for each individual product for supply and distribution, including medicines and supplements. Meanwhile, a halal certificate is required for businesses that prepare and serve food at establishments such as restaurants and cafes.