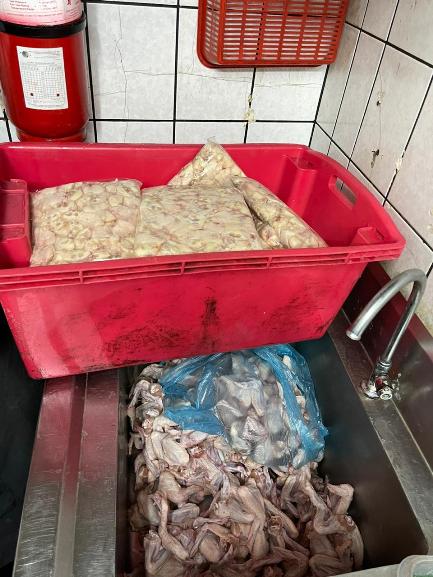 Over 1,000 kilogrammes of chicken meat were recently confiscated from three separate locations, in what is believed to be the largest haul of dubious meat in recent weeks.

On January 4, the Halal Food Control Division of the Syariah Affairs Department seized 45.4kg of chicken wings and 60kg of poultry items from a food premises in Jerudong.

Enforcement officers from the Royal Customs and Excise Department (RCED) joined the integrated operation, which was based on information concerning dubious chicken meat being smuggled into the country.