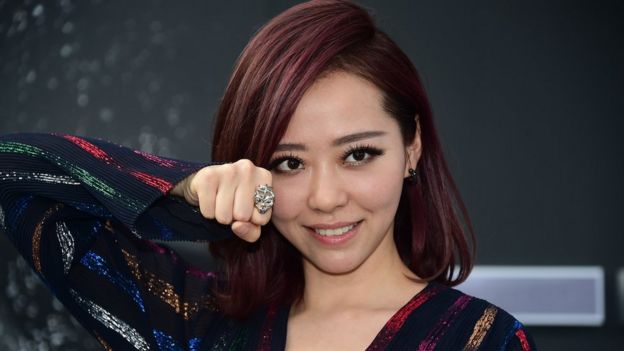 Jane Zhang will release her first English-language album next year

Jane Zhang is a pop megastar in China but her latest single breaks the mould of China's pop industry and could help her become its first global superstar, writes Grace Tsoi of BBC Chinese.

She first became a household name in 2005 when she finished as the second runner-up in Super Girl, a Chinese TV singing contest similar to Pop Idol.

She made a lasting impression with her impressive vocal range and was even nicknamed the "Dolphin Princess" - "dolphin notes" is Chinese slang for being able to hit the high notes.

Although she is yet to make an impact internationally, she regularly performs English-language tracks and was once even a guest on The Oprah Winfrey Show.

Not your average music video

But the music video of her latest single "Dust My Shoulders Off", an upbeat track produced by Timbaland, may help her get one step closer to her dream of international stardom.

Its success will be critical for Zhang, being the first single from her first English-language album, scheduled for release in April. It has had more than 5.8 million views on YouTube and the single reached top five in the iTunes chart, a first for a Chinese artist.

The video parodies iconic art pieces, from Edvard Munch's The Scream to Johannes Vermeer's Girl with a Pearl Earring and has delighted viewers with its creativity and humour.

"I am a Chinese singer, but this song targets the English-speaking audience. The video needs to be about something that people across different cultures can understand," Zhang told the BBC.

She and production staff spent 48 hours non-stop shooting the video, and it was not a comfortable experience.

"I was painted over and over again throughout the production. It was painful to remove the makeup. My face was swollen after we finished the shooting for the second painting."

But it is a sharp contrast to videos from most Chinese-language artists.

"Stars have to be beautiful or sexy in Chinese-language music videos, or the stars' dance moves have to be shown clearly," said the video's Taiwanese director, Liao Jen Shuai.

"I told her that I have to let the audience remember your cool and fun personality. I have to let them know you are a brave singer who loves challenges. To break into the US market, this is the thing that matters."

This represents a more sophisticated approach, but does it mean that the time is ripe for a Chinese breakthrough in the Western music industry? 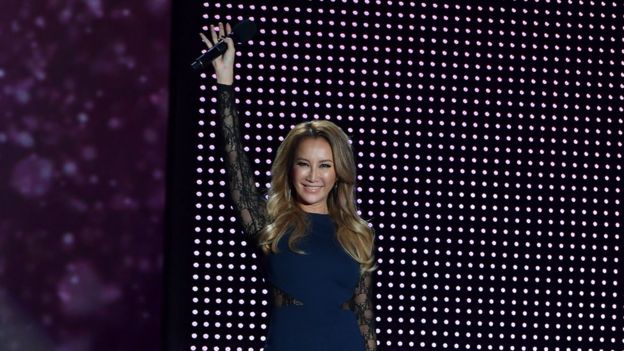 He points out that streaming eased access for international artists who sing in English - some Swedish musicians found success like this. But there is a downside.

"It makes everybody essentially just look like American-style artists," he added.

Many of Zhang's songs are ballads and she has become known in China for her emotive performances.

"Artists have to ask themselves who they are, what they represent and what kind of unique qualities they have. It is not a must for artists to copy everything from Western stars," said Joanna Huang, former vice-president of international record company EMI in the China region.

She points out that Asian record companies, including Korean and Japanese ones, did try to try to crack the international market by hiring big-name producers and releasing English albums, but to little effect.

She thinks integrating unique cultural elements into music production may be part of the answer. 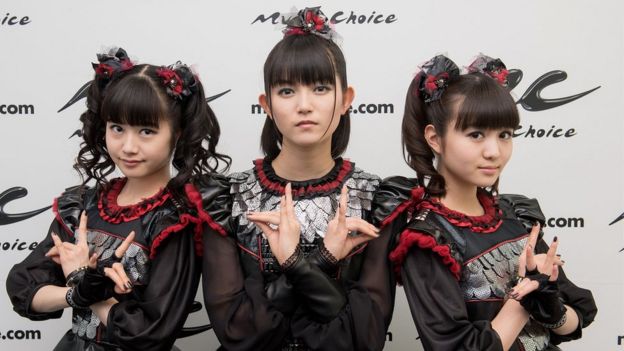 She cites the example of Babymetal, a Japanese metal band featuring three teenage girls. Even though the band caters to a niche market, it has been received positively by Western audiences.

"Metal does not originate from Asia. But they manage to mix the kawaii [cuteness] and heavy metal elements together."

Music industry insiders say artists like Zhang have to craft a clever strategy.

Appearing on reality television shows and chat shows and synchronising music with apps are some ways Chinese artists can get "in front of Western audiences who otherwise wouldn't otherwise find you", Mulligan said.

But Huang also sees opportunities in the expansion of China's technology and entertainment businesses and suggests that singing theme songs for upcoming films is one way of getting a foothold. 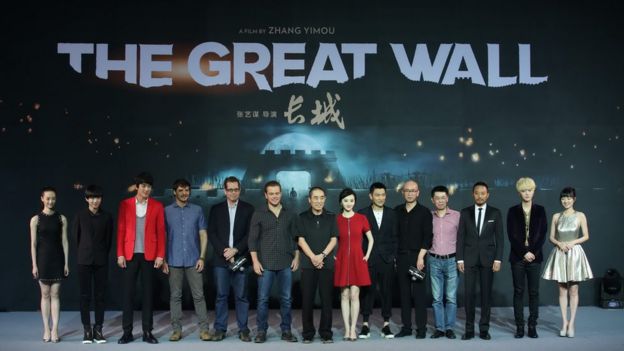 Chinese companies have been investing in Hollywood movies, which in turn may help them launch their career internationally.

Zhang is already the voice of a promotional song for upcoming blockbuster The Great Wall.

More collaboration with expanding telecommunication companies is also an option that could see phones and tablets made by Chinese manufacturers carrying their music - and this has already started happening.

For Joanna Huang, this is the moment to strike.

"Over the last century, there has never been a better moment for Chinese-speaking music stars to try breaking into the global market."