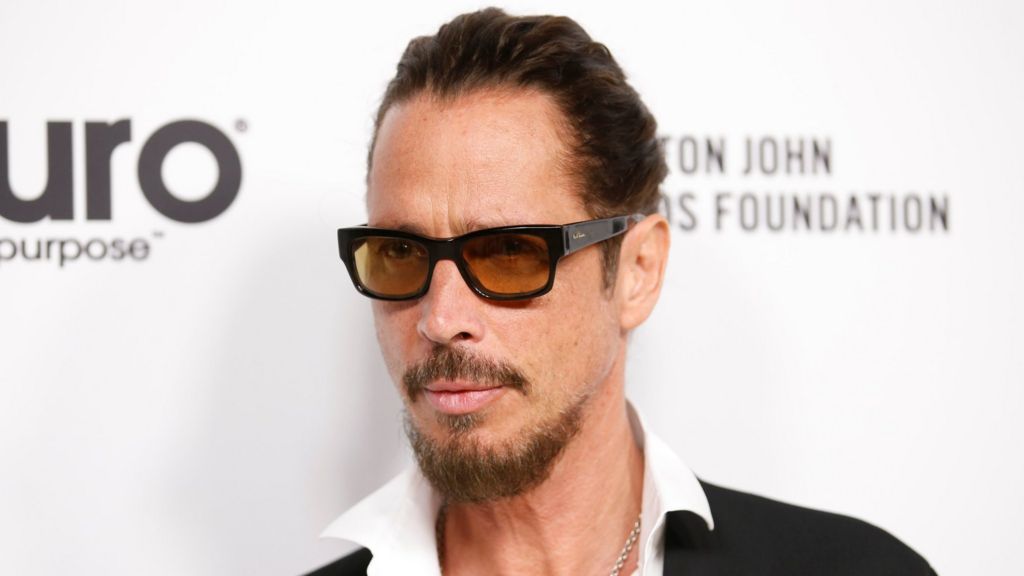 Singer Chris Cornell died as a result of hanging himself, US officials have confirmed.

Cornell, 52, was found dead after performing in a concert with his band, Soundgarden, in Detroit on Wednesday evening.

The Wayne County Medical Examiner's Office confirmed in a statement the frontman took his own life.

In an earlier statement, Cornell's representative Brian Bumbery had said his death was "sudden and unexpected".

It also said the family would be working closely with the medical examiner and asked for privacy.

A spokesperson for Detroit Police confirmed to the BBC they received a call just after midnight (05:00 BST) on Wednesday.

"He was found on the bathroom floor, our medical unit were called and he was pronounced dead on scene," a spokesperson said.

"A family friend went to go check on him and observed him on the bathroom floor. The body was transferred to the medical examiner's office."

The medical examiner's office said on Thursday: "The cause of death has been determined as hanging by suicide. A full autopsy report has not yet been completed."

The Soundgarden show was part of a wider tour and the group had a number of live dates scheduled for later this month.

Sir Elton John led the tributes, tweeting: "Shocked and saddened by the sudden death of @chriscornell. A great singer, songwriter and the loveliest man."

"This is a hell of a shock, he'd been gigging frequently despite having a life that was quite extreme, and he was certainly in extremely good health, performing concerts and seemingly pretty much at the top of his game," he said.

His biggest single in the UK was 2006's You Know My Name, which was the theme song to Casino Royale, which starred Daniel Craig.

The track made him the first male American artist to write and perform the theme song for a James Bond movie.

But he was perhaps most famous as the lead singer of Seattle band Soundgarden, which formed in 1984 and went on to release six studio albums.

Last year, the band confirmed they were returning to the studio to record new material and a tour was announced for this year.

On Wednesday evening, the Fox Theatre in Detroit tweeted pictures of the band while they were live on stage. 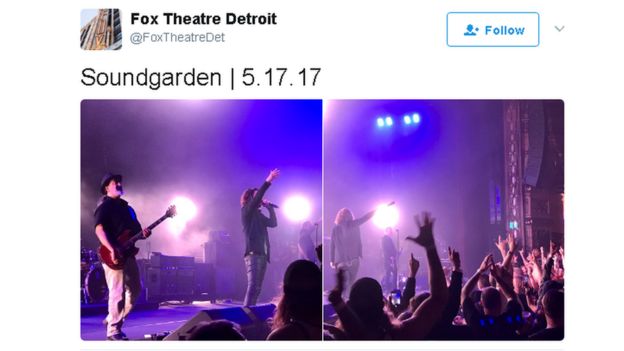 Cornell himself tweeted about the show on Wednesday evening, writing: "Finally back to Rock City!"

Soundgarden's most successful album in the UK was 1994's Superunknown, which reached number four in the chart.

In 2001, he joined rock supergroup Audioslave, which consisted of Cornell on lead vocals, together with Rage Against The Machine members Tom Morello, Tim Commerford and Brad Wilk (drums).

The group released three albums - all of which reached the top 20 in the UK - but disbanded in 2007.