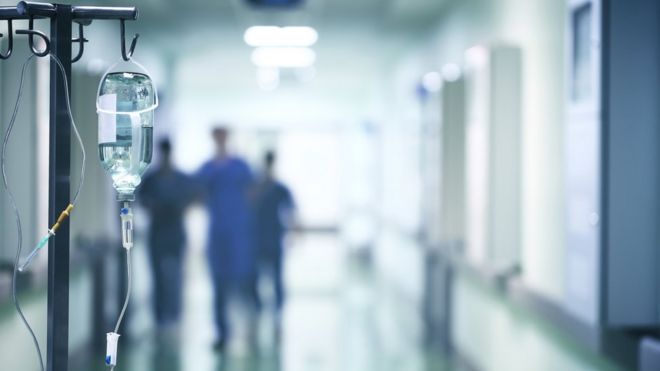 The chief executive of the corporation in charge of an Arizona nursing home where a woman in a vegetative state gave birth has resigned.

Bill Timmons's resignation was unanimously accepted by directors, the company said in a statement.

The woman had been a patient in a clinic run by Hacienda HealthCare near Phoenix for over a decade and required round-the-clock care.

Police have launched a sexual assault investigation into the incident.

The woman, who has not been identified, is thought to have given birth on 29 December.

"From what I've been told she was moaning and they didn't know what was wrong with her," an unidentified source told CBS Phoenix affiliate KPHO-TV.

"None of the staff were aware that she was pregnant until she was pretty much giving birth."

Gary Orman, the executive vice president of the company's board, said it would "accept nothing less than a full accounting of this absolutely horrifying situation".

"And we will do everything in our power to ensure the safety of every single one of our patients and our employees."

The New York Times reports that fresh allegations of abuse have emerged, including inadequate privacy for patients while they were naked or being showered.

A Phoenix police spokesman said that "the matter is currently under investigation" but declined to give any further details of the case.

Protocol at the clinic has been changed, the source said, and men now have to be accompanied by a woman on entering the room of a female patient.

Hacienda HealthCare said it was fully co-operating with the authorities.

The Arizona Department of Health Services said it had sent inspectors to check on patients at the facility and had implemented "heightened safety measures".

On its website, Hacienda HealthCare says it provides care for "medically fragile and chronically ill infants, children, teens, and young adults as well as those with intellectual and developmental disabilities".