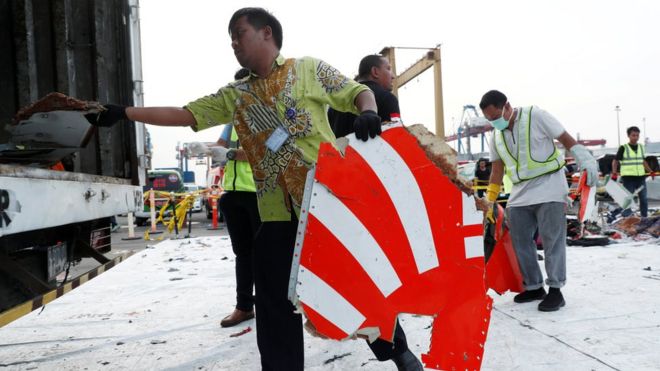 Officials in Indonesia say they have found the "black box" voice recorder from a Lion Air flight which crashed off the coast of Jakarta in October.

All 189 people on board died when Flight JT610 fell into the sea shortly after taking off for the short journey to Pangkal Pinang.

The pilot had asked air traffic control for permission to turn back to the airport but then contact was lost.

The main body of the aircraft has never been found.

Haryo Satmiko, deputy chief of Indonesia's transport safety committee (KNKT), was quoted by Reuters as saying that the cockpit voice recorder (CVR) had been found "but we have not received information of the location yet".

Mr Nugroho said that a weak signal from the recorder had been detected "for several days".

He added that the recorder had "obvious scratches on it", but that it was unclear what damage it had suffered.

Listening to the last conversations between the pilots and ground control on the CVR should help investigators to finish piecing together what went wrong in the short flight. 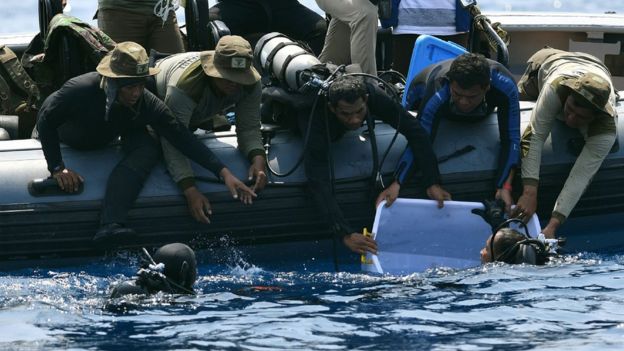 The first black box, the plane's flight data recorder, was found last November, buried in debris on the floor of the Java Sea.

Officials had said then that it could take up to six months to analyse data from the black boxes.

It crashed minutes after the pilot asked for permission to turn back to the airport. 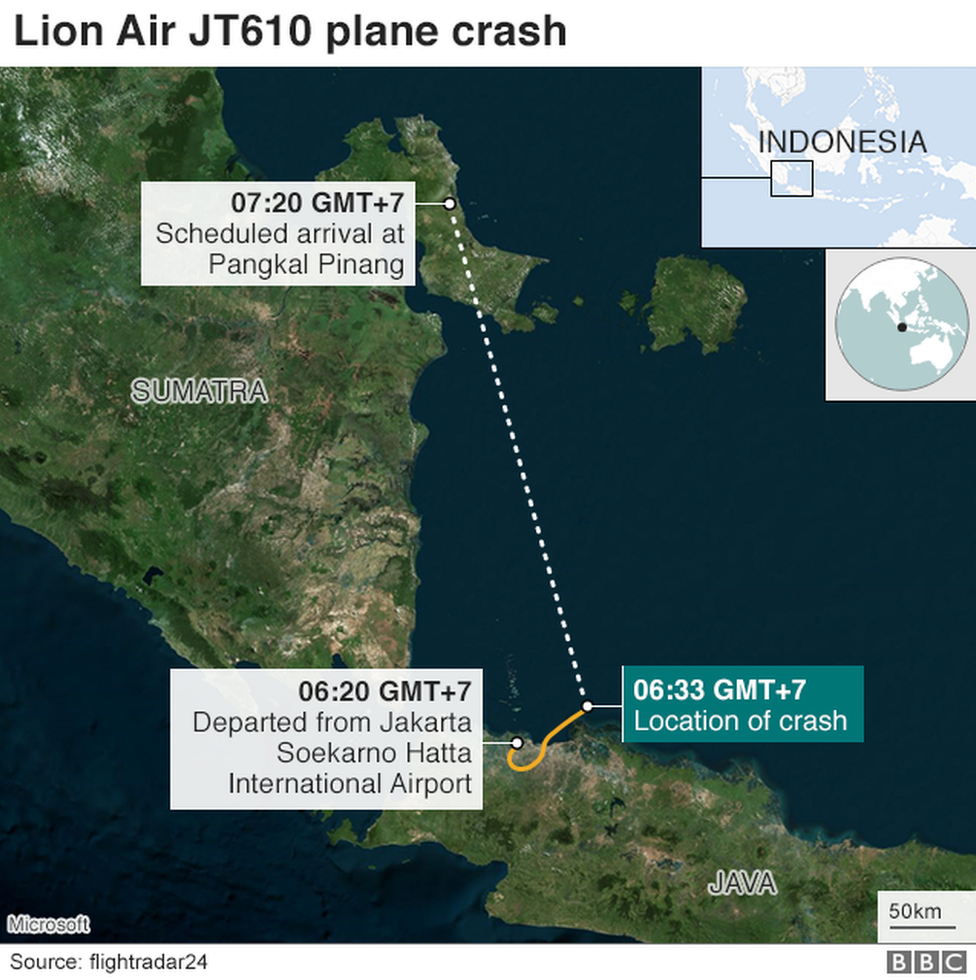 Findings by KNKT now suggest that Lion Air had put the plane back into service despite it having had problems on earlier flights.

The pilots appeared to struggle with an automated system designed to keep the plane from stalling - a new feature of the Boeing 737 Max.

The anti-stalling system repeatedly forced the plane's nose down, despite efforts by pilots to correct this.

Investigators have now said that the plane was not airworthy, and should have been grounded.