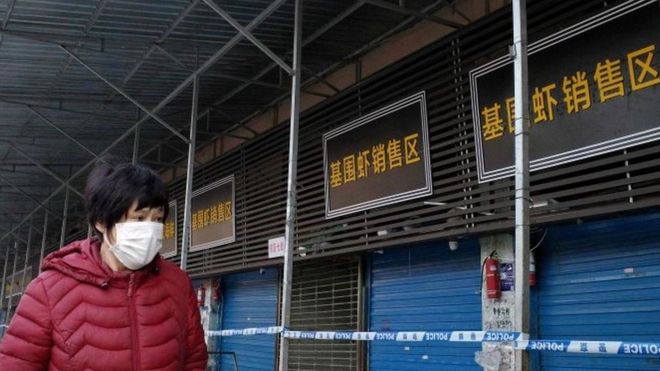 A second person has died in China from a new, pneumonia-like virus, local officials have announced.

They say the death was recorded in the eastern city of Wuhan, where the outbreak began in December.

Meanwhile, Japan confirmed its first case of the virus - the second country outside China after Thailand to do so.

The disease has been identified as a coronavirus, which can cause illnesses ranging from common colds to the potentially deadly Sars.

The new virus has infected dozens of people, and many cases have been linked to a fish market in Wuhan. The market was closed on 1 January.

Sars - severe acute respiratory syndrome - killed more than 700 people around the world during an outbreak in 2002-03, after originating in China.

What about the Japanese case?

The Japanese authorities say the man in his 30s recently travelled to Wuhan.

They say he lives near Tokyo, without identifying him. Local media say he is a Chinese national.

It is not yet clear whether the virus can be transmitted between humans.

Earlier this week, a woman in Thailand became the first person outside China diagnosed with the virus.

The woman - who has not been named - was quarantined after landing in Bangkok from Wuhan.