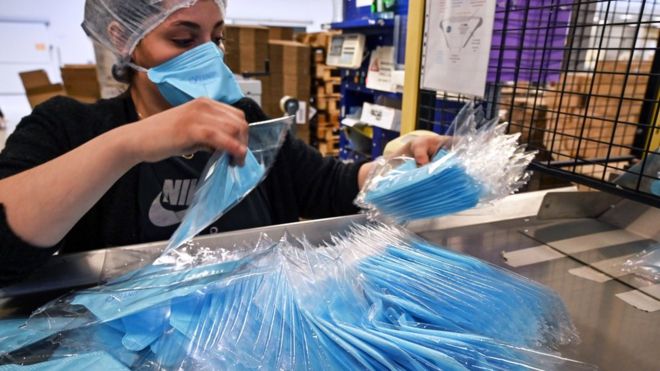 The World Health Organization (WHO) has upgraded the global risk of the coronavirus outbreak to "very high" - its top level of risk assessment.

But the UN body said there was still a chance of containing the virus if its chain of transmission were broken.

WHO head Dr Tedros Adhanom Ghebreyesus also stressed that fear and misinformation were the biggest challenges to overcome.

More than 50 countries have now reported cases of coronavirus.

And sources within Iran's healthcare system told BBC Persian that, as of Thursday evening, at least 210 people had died from the virus. This is more than six times higher than the official government figure.

At a press conference in Geneva, Dr Tedros said that most cases could still be traced, and there was no evidence of the virus "spreading freely in communities".

His colleague, Dr Mike Ryan, head of the WHO's Emergency Health Programme, said that the risk level was intended to serve as a "reality check" for governments, since healthcare systems were still unprepared. 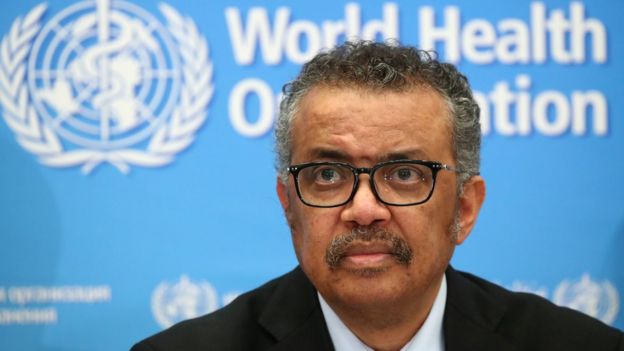 What are the latest developments?

What else did the WHO say?

Dr Ryan also stressed that current data information does not suggest the virus has become a global pandemic.

"If we say there's a pandemic of coronavirus, we're essentially accepting that every human on the planet will be exposed," he said. "The data does not support that as yet and China has clearly shown that that's not necessarily the natural outcome of this event if we take action."

Dr Tedros reiterated that the spread had the potential to become a pandemic, but cautioned against unnecessary panic.

"Our greatest enemy right now is not the virus itself, it's fear, rumours and stigma," he said.

The WHO has said proper containment, with the help of an "all government, all society approach" will help slow down rates of infection, break chains of infection and take pressure off healthcare systems around the world.