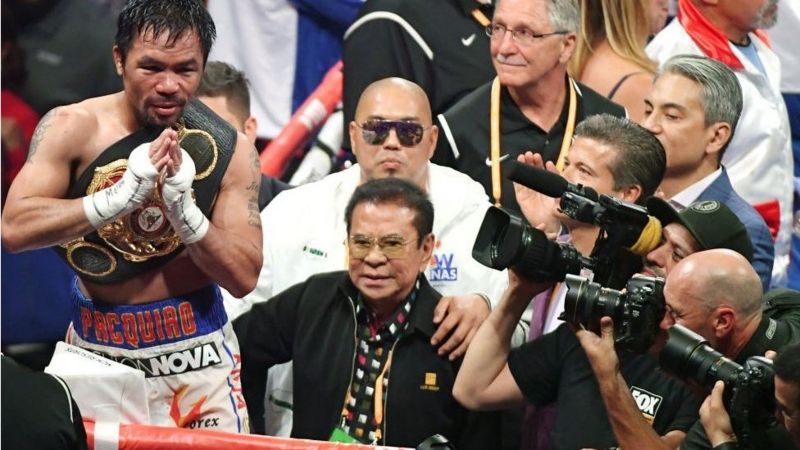 It will first be rolled out across his native Philippines and then Singapore, with plans to expand across Asia.

Now a senator, the champion boxer has been tipped as a future president.

"People are always curious to find out what I am getting into," Mr Pacquiao told the BBC.

"And because of my latest involvement with this fintech [financial technology] venture, a lot of my fellow athletes, global influencers and other entrepreneurs have expressed their interest and potential involvement in the platform." 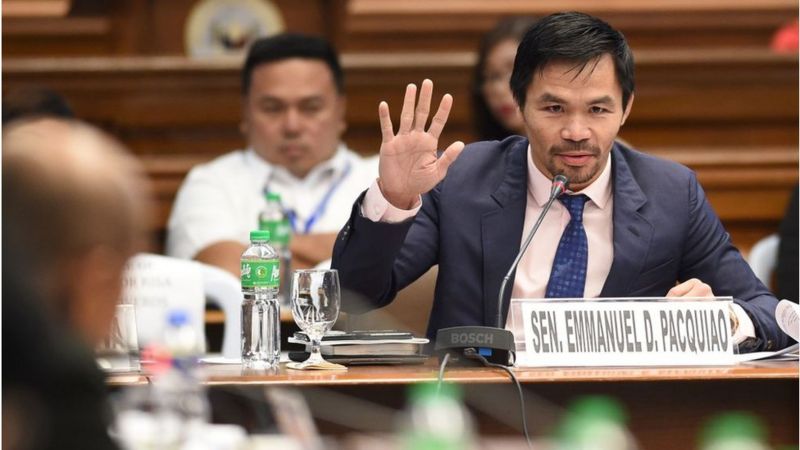 Social media users build up a fanbase on platforms like Facebook and Instagram and then use their position as "influencers" to market products for companies. Many celebrities do this.

Payment amounts for influencers are based on many factors such as the number of followers they have and the amount of engagement their posts get.

PacPay wants to make the payment between influencers, brands and fans as seamless as possible.

The fintech firm says the platform will also feature a rewards programme and allow users to connect with their favourite influencers and brands.

"There are millions of users across different social platforms, and having an easy-to-implement, cost-effective, cross-border branded payment system that is secure can add a lot of value for users," said Ian Chapman-Banks, a technology expert and chief executive of SQREEM Technologies.

"It would also allow a great way to help aspiring and second-tier influencers monetise their businesses and potentially remove the complexity of managing payments for them." 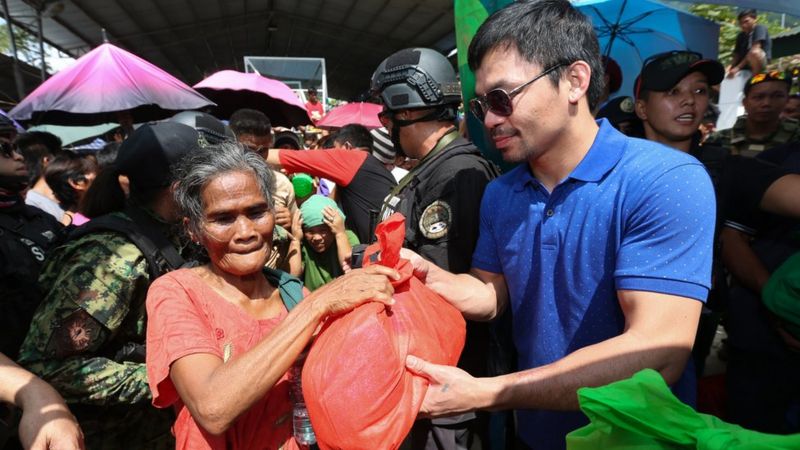 Manny Pacquiao has been tipped as a future president.

Pac Technologies is also looking at online payments services around healthcare and employment, two sectors that it feels need to be prioritised during the pandemic.

"This is not just about making a personal profit, but I would like to see it as a long-term investment for the betterment of my countrymen," Mr Pacquiao added.

Dewi Rengganis, an industry analyst at consultants Frost & Sullivan, said a similar concept to PacPay was launched by Pixiv Pay in Japan for the manga and anime market in 2017 which allows artists to get paid faster and enables fans to purchase artwork with digital payments or points.

Manny Pacquioa teamed up with Jack Ma earlier this year to tackle the spread of Covid-19 in the Philippines.

"When the global pandemic started making headlines in March, Jack got in touch with me and asked how we could be of help to our Filipino citizens."

The Manny Pacquiao Foundation partnered with the Jack Ma Foundation to pledge 50,000 test kits to help fight the pandemic.

"I consider it a rare honour and privilege to have one of the world's richest men, Alibaba founder Jack Ma, as one of my friends."