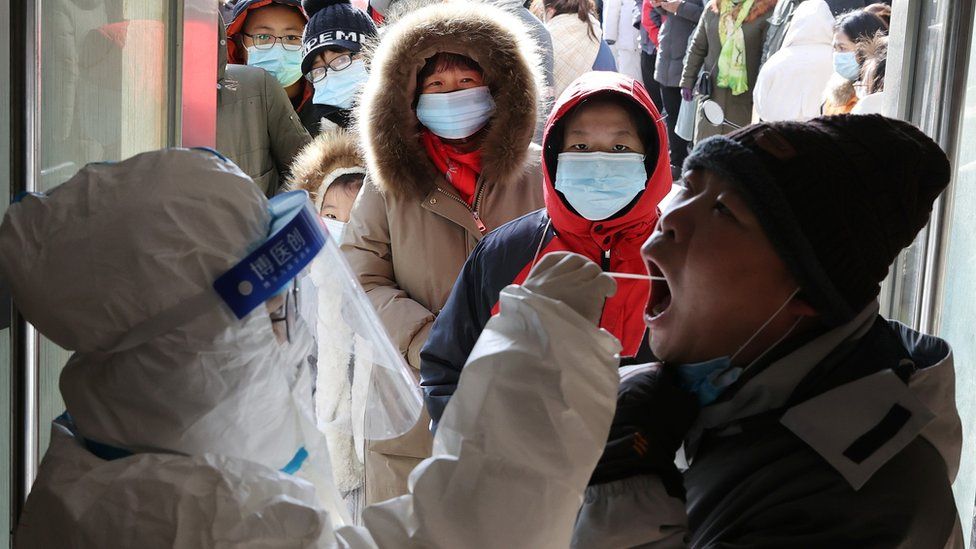 China has placed 11 million people in the northern city of Shijiazhuang under lockdown after more than 100 new Covid cases were confirmed there.

Residents are banned from leaving the city and schools have also been closed.

More than 5,000 testing sites have been set up so every resident can be tested.

The new figures are the highest China has seen in more than five months. The country has been able to contain such outbreaks by immediately taking tough action.

This has involved consistently using mass testing when new clusters of cases appear, even if they seem relatively small.

Hebei province, where Shijiazhuang is located, reported 120 new cases on Thursday and all but one of those infections was in the city. Elsewhere in the country, 22 new cases were confirmed.

The virus was first detected in the Chinese city of Wuhan in late 2019 before spiralling into a global pandemic.

Thursday's lockdown comes just weeks ahead of Chinese New Year, a time when people in China travel en masse to spend the holiday with their families.

But residents in the Gaocheng district of Shijiazhuang, considered to be the epicentre of the outbreak, are now not allowed to leave their local area. Other residents are banned from leaving the city.

In terms of transport, bus travel has been halted and many flights have been cancelled. 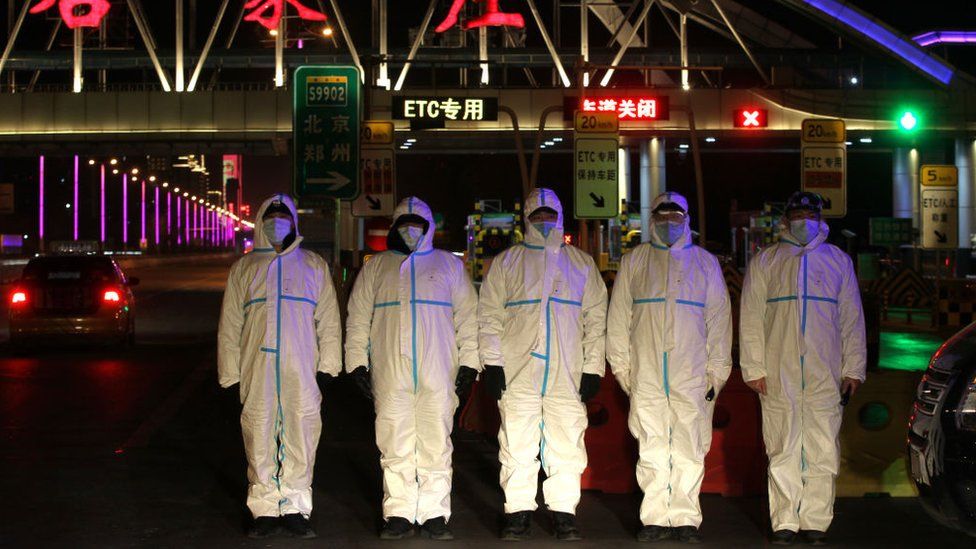 Police wearing protective suits block a road in Shijiazhuang; Residents have been banned from leaving the city

In a sign of just how seriously the authorities see the situation, even the postal service in and out of Shijiazhuang has been suspended for three days. And the restrictions are being tightly enforced - police were photographed in protective hazmat suits guarding the entrance to an expressway.

Three officials in Shijiazhuang's Gaocheng district have been punished for "negligence", according to the state-run China Daily newspaper. 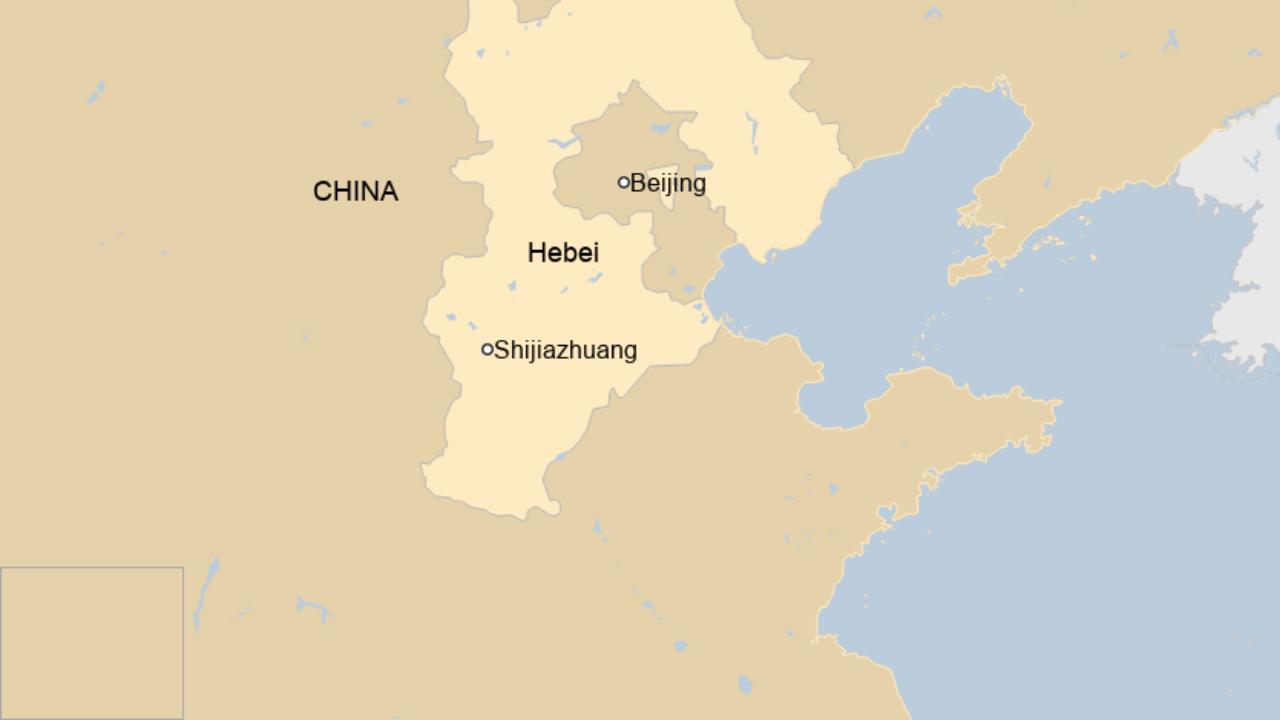 "Villages should identify, report, isolate and treat cases as early as possible, so as to cut off the transmission," Wu Hao, a national health official, was quoted as saying.

Five hospitals in Shijiazhuang have been cleared for Covid-19 patients, with three others standing by, the city's Vice-Mayor Meng Xianghong said. 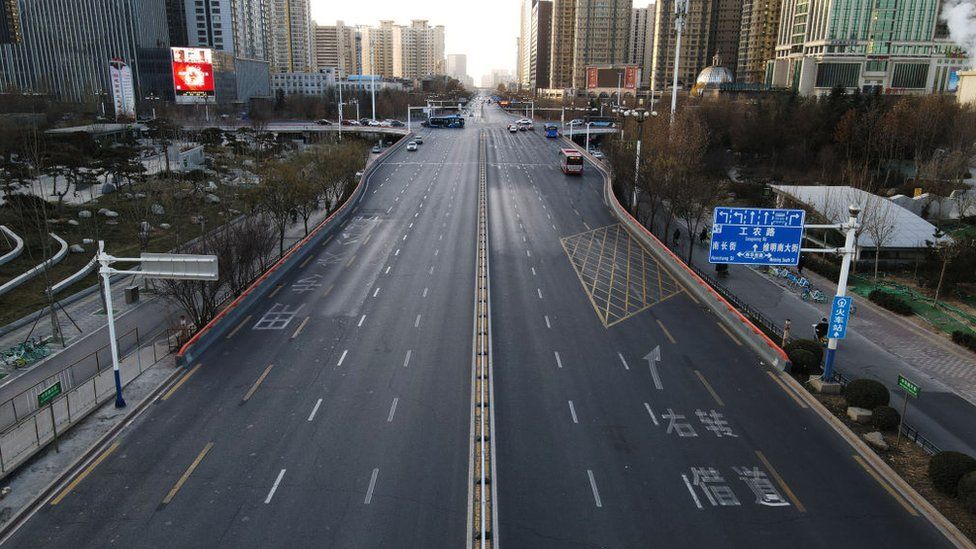 It is not the first time China has locked down a city in response to a cluster of cases since the outbreak in Wuhan.

In October, all nine million residents of the Chinese city of Qingdao were tested in five days after a dozen cases were confirmed. The cases were linked to a hospital treating coronavirus patients arriving from abroad.

The same month, authorities in Kashgar, in Xinjiang, tested around 4.7m people after an outbreak there.