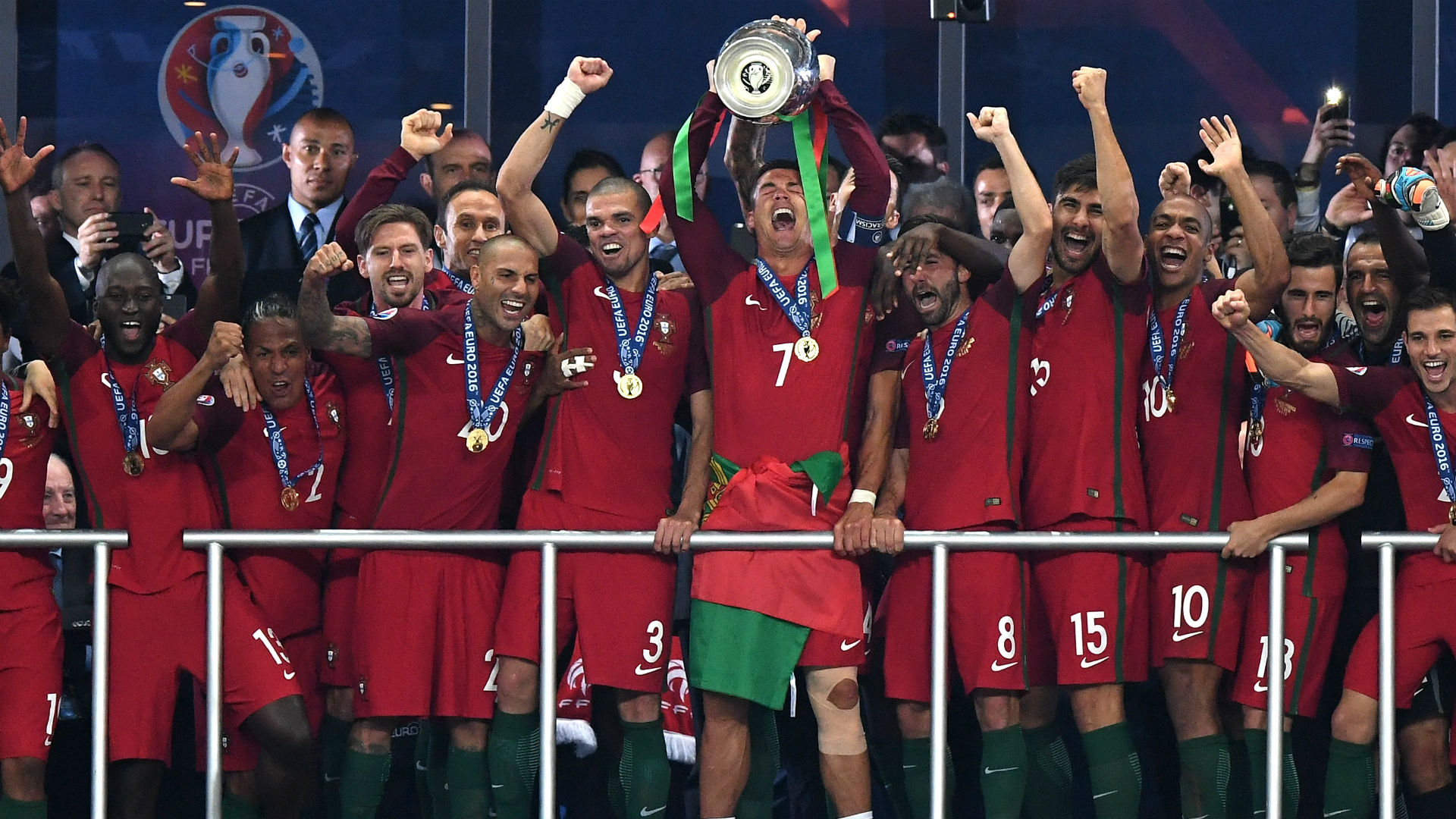 An early injury for Cristiano Ronaldo rocked Portugal, but they held their nerve and came through in extra time to become European champions in the Stade de France

A brilliant strike by Eder clinched Portugal's first-ever major title, as the nation prevailed over hosts France 1-0 to take the Euro 2016 trophy.

The Lille striker's goal after 109 minutes at the Stade de France in Paris secured an unlikely first major trophy for his country, after captain and talisman Cristiano Ronaldo had been forced off with injury midway through the first half.

A dominant start from France to Sunday's final kept Portugal pegged firmly back in their half and Fernando Santos' side looked to be facing a supremely tough task when Ronaldo was carried off in tears after failing to recover from a Dimitri Payet challenge that jarred his left knee.

The incident sapped some of the life from the match, however, with Portugal content to sit off and try to exploit the counter-attack, while France appeared wary of committing too many men forward to capitalise on their momentum.

Antoine Griezmann saw a first-half header brilliantly saved by Rui Patricio, but the tournament's top scorer should have done better in the second half when he nodded over from point-blank range.

Portugal's chances were scarce at best, though Nani almost caught out Hugo Lloris with a wicked cross before Ricardo Quaresma fired in a bicycle kick on the rebound with just a little over 10 minutes to play.

Patricio kept his side alive with a strong parry after a vicious strike from the brilliant Moussa Sissoko, and Andre-Pierre Gignac came within inches of a stoppage-time winner in normal time, clipping the inside of the post from close range.

Raphael Guerreiro hit the crossbar with a free-kick in extra-time, but it was Eder who finally struck the decisive blow, arrowing a low shot beyond Lloris. 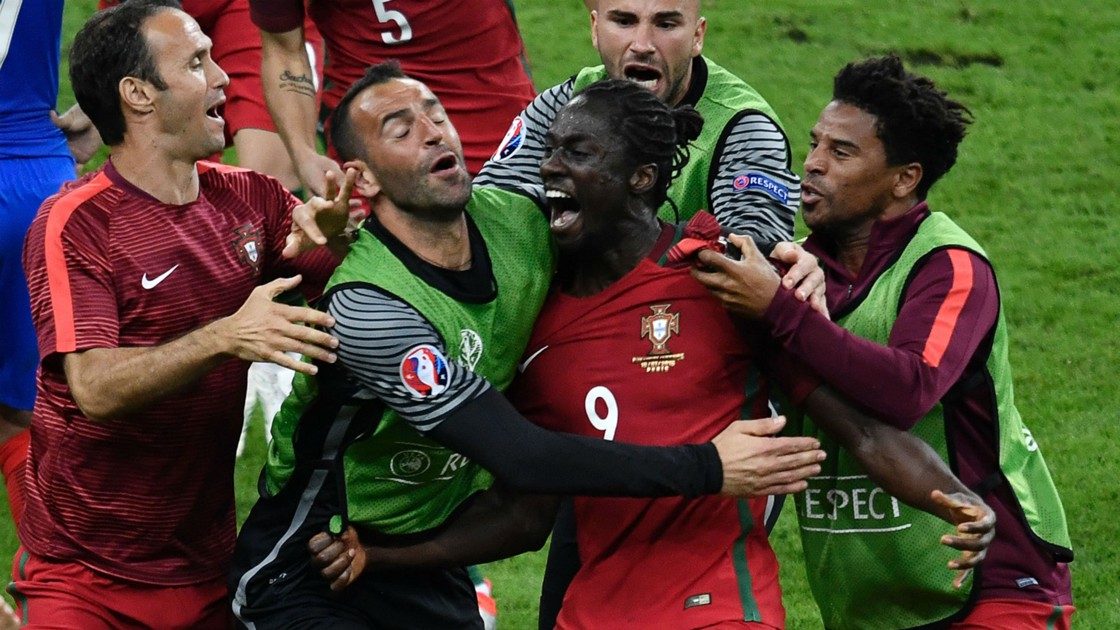 France applied the early pressure on a nervy-looking Portugal back line, and it took a superb stretching save from Patricio to keep out Griezmann's looping header from Payet's pass.

Portugal were dealt a huge blow when Ronaldo, having been caught in a heavy collision with Payet, sat on the turf in tears before leaving for treatment on his left knee on the touchline. The captain came back on, but was forced to leave the pitch on a stretcher with just 24 minutes played.

Sissoko continued to wreak havoc against a side shaken by Ronaldo's injury, and his fine turn and shot from Payet's pass forced Patricio into a good low save at the near post, but the first half rather petered out as France became reluctant to force the issue in attack.

Paul Pogba, who had had a quiet game sitting deeper in midfield as Sissoko bombed on ahead, looped a half-volley over the crossbar from 25 yards just after the break, but France failed to pose a persistent threat despite controlling most of the play.

Didier Deschamps introduced Kingsley Coman to inject some pace into the attack, and one promising run gave Patrice Evra the chance to cross for Griezmann, who steered a header over from just six yards out.

Olivier Giroud, who had lived off scraps for most of the match, was thwarted by a good low stop from Patricio after turning into space in the area, but Portugal almost snatched the lead when Nani's cross was clawed away from goal by Lloris before Quaresma's overhead kick went straight into his grasp.

Sissoko had Patricio at full stretch with a fierce strike from 25 yards, but substitute Gignac almost snatched glory for the hosts in second-half injury time, turning inside Pepe before hitting the inside of the post from close range.

Pepe glanced a header inches wide of the far post early in extra-time, though the offside flag had been raised, as Ronaldo joined the Portugal dugout after giving his team-mates a pep talk on the pitch.

Guerreiro rattled the woodwork with a curling free-kick, but Eder made no mistake with 11 minutes to play, shaking off Laurent Koscielny before blasting a low strike into the bottom corner from 25 yards to stun the hosts and send Portugal into raptures.