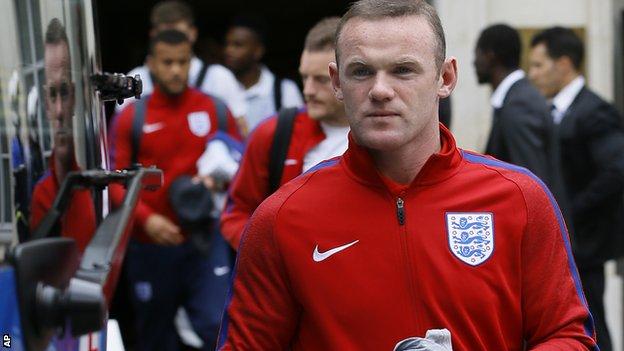 Wayne Rooney will continue as England captain, with manager Sam Allardyce saying it was an "easy decision".

Rooney is England's record goalscorer and took on the armband from Steven Gerrard a year ago.

Allardyce said Manchester United captain Rooney was "hugely respected by his peers" and has "enjoyed the responsibility" as captain.

The England squad is preparing for Sunday's opening 2018 World Cup qualifier in Slovakia.

Rooney, 30, led Roy Hodgson's England side during Euro 2016, which ended with a disappointing last-16 exit to international minnows Iceland.

But Allardyce said Rooney had been "an excellent captain for England" and as the most senior squad member was the "right choice to lead the team".

"You would hope the captain would make a decision on the pitch if he felt it needed to [be made]," said Allardyce, 61. "For me, that's the captain's role. It's a big responsibility at club level and even more so at international level. First and foremost lead by example.