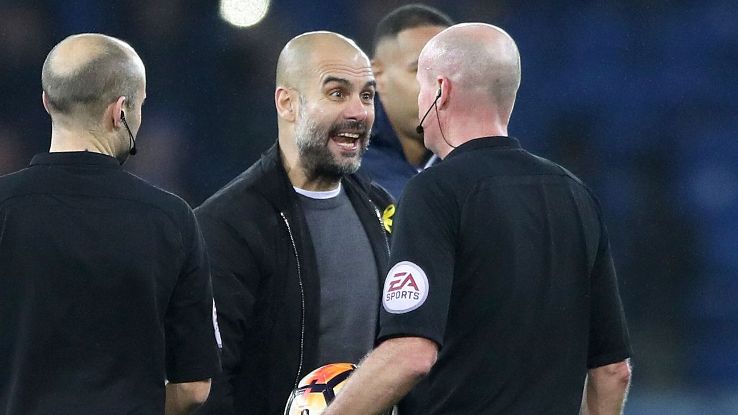 UEFA has told referees to protect players better by clamping down on serious foul play in European club competitions.

The guidance comes less than a fortnight after Manchester City manager Pep Guardiola asked English referees to look after the game's "artists" by dealing with dangerous tackles more harshly.

In a statement, Collina said: "We need to have players playing, so they must be protected on the field.

"We do not want situations where a player's future is put in doubt because of serious injury caused by a challenge, whether it is intentional, or is unintentional and the player making the challenge is taking a risk of causing injury.

"Players must understand that they have to respect their opponents and show the same positive behaviour to them that they would want to receive themselves."

Referees have also been reminded to punish so-called 'professional fouls' when players intentionally deny opponents obvious goal-scoring opportunities, and also not to tolerate being pressured into making decisions by groups of players.

"When I see mobbing of a referee, it's something that is not acceptable -- this is not the message that we want the game to convey," the 57-year-old Italian said.

Asked his opinion about UEFA's statement on Monday, Guardiola said: "It's not the moment to talk about it, I spoke many times, it's not necessary to talk more."

Manchester City visit Basel and Tottenham go to Juventus in the first legs of their Champions League last-16 ties on Tuesday, while Liverpool travel to Porto on Wednesday.

In the Europa League, Arsenal are at Ostersunds and Celtic host Zenit St Petersburg on Thursday, while Chelsea and Manchester United play Barcelona and Sevilla, respectively, in their Champions League first legs next week.