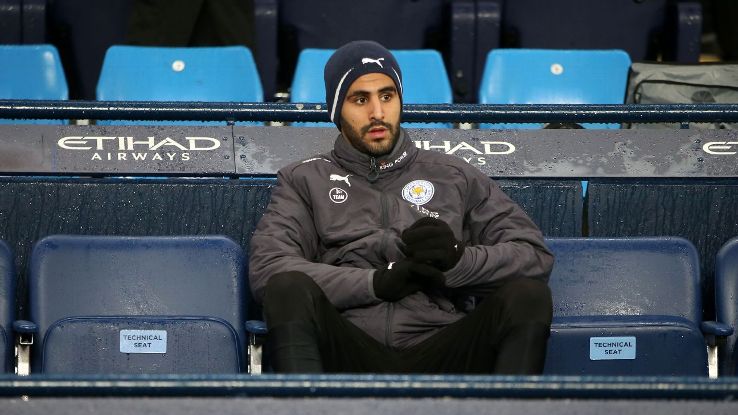 Riyad Mahrez has held talks with his Leicester City teammates to help clear the air and move forward following his self-imposed exile, according to defender Danny Simpson.

Mahrez entered as a substitute in the 62th minute of Leicester's 5-1 defeat to Manchester City on Saturday, one day after ending the strike and reporting to training.

The Algeria international had hoped to move to City on transfer deadline day but the move fell through as Leicester valued Mahrez at £95 million but City were only willing to pay £65m.

"He came in and spoke to the lads on our own in the dressing room and that is that," Simpson told the Leicester Mercury. "We put it to bed and move on.

"Today, in flashes, he showed why he is a good player. He is back in the team and we are delighted. That is it. He came back in and everyone understands it was tough for everyone. But he is back in and what he said in the dressing room was just between us. That is it now. We move on now."

Mahrez had twice handed in a transfer request, with Leicester keeping the former PFA Player of the Year with the club after the close of the summer transfer window as well.

Manager Claude Puel had originally said that Mahrez would be dropped for the game and that he would need time to get fit again once he returned to training.

The 26-year-old, who cost his club £400,000 when he joined from Le Havre in January 2014, missed Leicester's games against Everton and Swansea City.

Simpson said that despite Mahrez's interest in moving -- something that will only happen if he finds a non-Premier League club, sources have told ESPN FC -- teammates have been keen to welcome him back.

"He is a top player so why wouldn't we want a top player in our team?" Simpson said after the game. "As I said, he showed today what he can do, and he has been great."