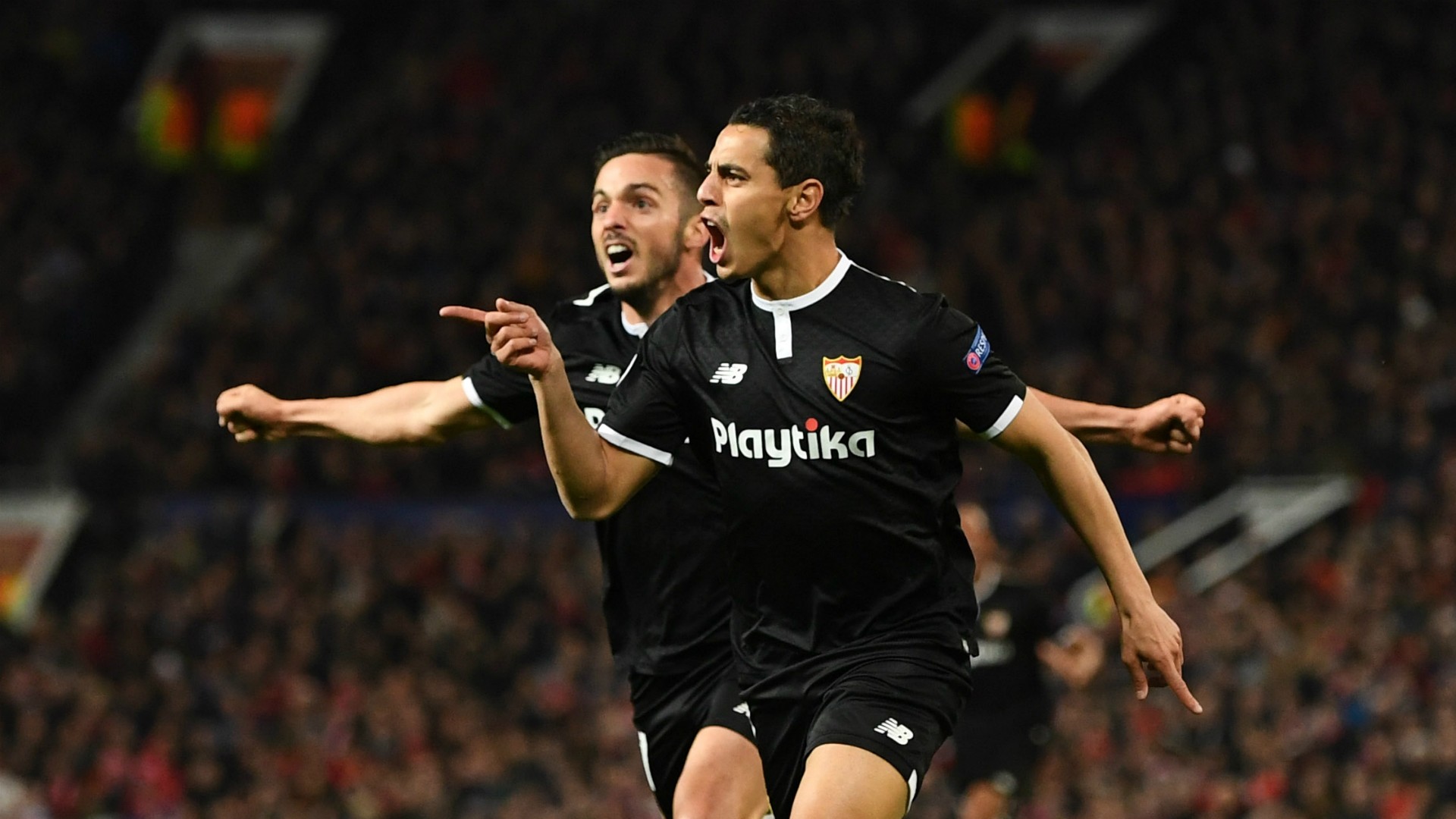 Wissam Ben Yedder came off the bench to score the decisive goals as Sevilla moved into the quarter-finals of the Champions League with a stunning 2-1 away win at Manchester United.

At a restless Old Trafford, United never got out of first gear and Sevilla, having dominated the opening leg at home without finding a way to beat David de Gea in a goalless draw, deservedly progressed.

When Ben Yedder came off the bench with less than 20 minutes to play, the game was finely balanced with both sides aware the first goal would be decisive.

And it proved to be the case as Ben Yedder made an immediate impact, collecting a pass from Ever Banega to smash in a low finish.

Jose Mourinho had already played his trump card, bringing on Paul Pogba, who was only fit enough for the bench, and United stumbled to a shock home defeat despite Romelu Lukaku sparking a grandstand finish.

Lukaku blazed wide in the second minute after a smart one-two with Jesse Lingard created an early opportunity for United.

Muriel dragged another decent opening wide of the far post after Pablo Sarabia sent the winger through on goal, with Sevilla dominating the opening half-hour.

United finally worked a clear opening in the 38th minute, a powerful drive from Marouane Fellaini beaten away by Sergio Rico after Alexis Sanchez turned a one-two into the path of the Belgium international, who was making his first start of 2018.

Bailly's superbly-timed challenge denied Correa in the box, then Rico had to make a smart save down to his right to turn a snapshot from Jesse Lingard around the post.

With United lacking tempo on the ball and invention in midfield, Mourinho turned to Pogba on the hour-mark, the midfielder replacing Fellaini.

United continued to be sloppy on the ball, Pogba curling a 72nd-minute effort narrowly wide, but it was a Sevilla substitute who came up with the opener.

Ben Yedder had been on the pitch just 87 seconds when he controlled a smart pass from Banega, took a touch to steady himself and drilled a fine finish inside De Gea's left-hand post.

Before United could respond it was 2-0 and game over, chaotic defending allowing Ben Yedder to divert a goalbound header that a desperate De Gea was unable to stop crossing the line.

Lukaku sparked a late fightback by turning in a Marcus Rashford corner but United could not match Sevilla's clinical edge in front of goal.

De Gea denied Ben Yedder his hat-trick in added time, but it mattered little as Vincenzo Montella celebrated having masterminded a famous victory for his side.