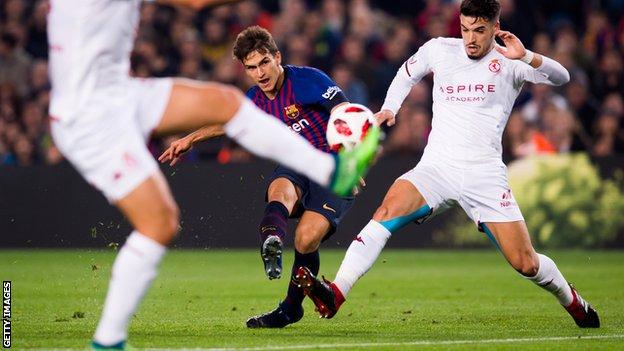 The midfielder, 24, scored in each half as Barca completed a 5-1 aggregate win over the third-tier outfit.

Munir El Haddadi opened the scoring before Suarez and Malcom struck before the break for the La Liga leaders.

Sene pulled one back before Suarez, who had not scored since November 2017, sealed victory following an assist by debutant Riqui Puig.

Ivan Rakitic, who made the first three goals before being replaced by Sergio Busquets at half-time, captained a much-rotated side as Ernesto Valverde rested Lionel Messi and Gerard Pique before Saturday's Catalan derby against Espanyol.