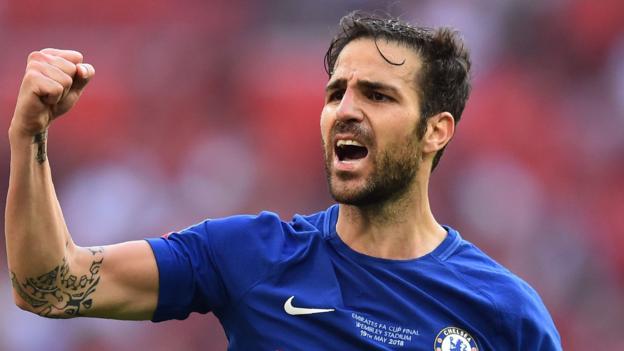 The 31-year-old Spaniard captained the Blues in the FA Cup against Nottingham Forest on Saturday and was in tears as he applauded fans at the final whistle.

Fabregas described the move as "a new project", calling it a "great honour".

"I'm here to help the team, I'm looking forward to starting. I am very excited," he added.

BBC Sport understands Monaco have not paid a fee for Fabregas but will pay 'bonuses' to Chelsea linked to his performances.

With the Gunners, he won the FA Cup and played in the 2006 Champions League final defeat against Barcelona, before joining the Catalan giants in 2011.

Having won six trophies with Barcelona, including La Liga and the Club World Cup, he returned to England to win the Premier League twice in three seasons with Chelsea, first under Jose Mourinho and then Antonio Conte.

In what was the final season of his contract at Stamford Bridge, he had started only one Premier League match under new boss Maurizio Sarri.

"It has been an incredible journey and it is with great sadness that I must say goodbye," he said.

"I will miss you all and wish you the best of luck for the future."

Former France and Arsenal striker Henry took charge of Monaco, where he started his playing career, in October - but they have only won twice under his stewardship and are one place off the bottom of Ligue 1 on 13 points from 18 games.

"We are very pleased to welcome Cesc Fabregas to AS Monaco, a world-class player and a great professional, whose arrival demonstrates the ambition of the club," said club vice-president Vadim Vasilyev.

"We are convinced that his experience at the highest level will bring a lot to our players on and off the field." 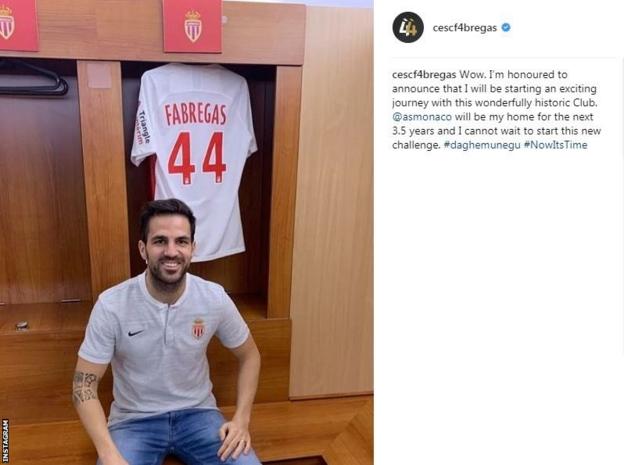 December 2003: scores against Wolves in League Cup to become Arsenal's youngest goalscorer at the age of 16 years and 212 days

May 2006: Champions League runner-up and named in Uefa team of the year

April 2008: wins PFA Young Player of the Year, also named in Uefa and PFA teams of the year

May 2018: wins FA Cup after 1-0 victory over Manchester United 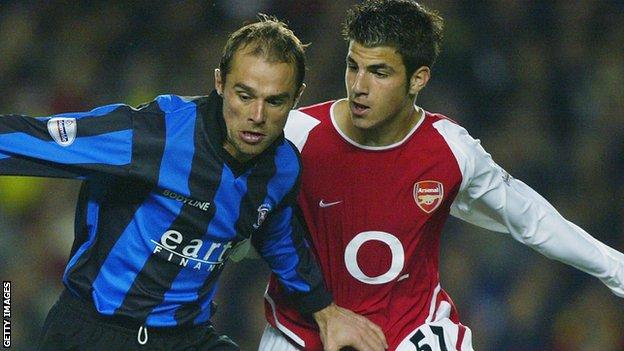 Fabregas on his Arsenal debut against Rochdale in 2003, challenging Paul Warne, now manager of Dale