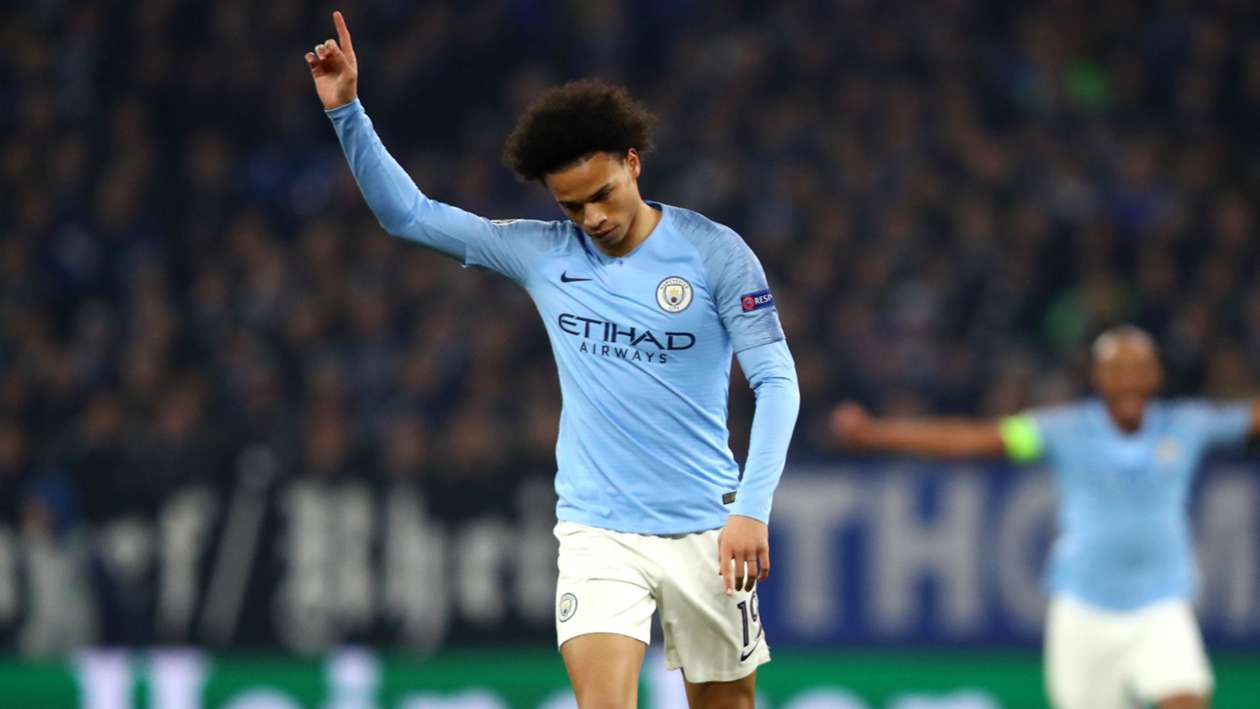 Despite trailing with five minutes of normal time to go, 10-man Manchester City beat Schalke 3-2 in the first leg of their last-16 tie

Despite leading through Sergio Aguero's 18th-minute effort, City were behind at the break after Nabil Bentaleb scored a pair of spot-kicks.

The first of those, awarded after a lengthy period of deliberation and confusion, was given for a handball against Nicolas Otamendi, who was booked for that transgression and then picked up a second yellow card with 22 minutes remaining.

Pep Guardiola appeared content to settle for just a one-goal deficit at that point, yet substitute Sane had other ideas, brilliantly firing in an 85th-minute free-kick to equalise against his former club, and Sterling then latched on to Ederson's long clearance to score a 90th-minute winner on a wild night in Gelsenkirchen.

It looked like a straightforward outing was in store for City when they went ahead, David Silva robbing Salif Sane on the edge of the box and squaring for Aguero to roll home a simple finish.

Yet Guardiola's side were rocked by two penalties awarded in the latter stages of the half.

Referee Carlos del Cerro Grande initially gave a corner when Daniel Caligiuri's shot crashed into Otamendi's right arm - which the Argentinian had tried to withdraw - only for the decision to be overturned following a VAR review.

Due to a reported fault with the pitch-side monitor, it took almost three minutes for that call to be made, and another two before Bentaleb sent Ederson the wrong way from 12 yards.

And five minutes later, Schalke had another penalty as Fernandinho bundled into Salif Sane at a free-kick, Bentaleb dispatching this spot-kick high into the top-left corner even though Ederson got a hand to his effort.

City's night took another turn for the worse in the second period when Otamendi was dismissed after upending Guido Burgstaller, and Guardiola immediately responded by withdrawing Silva for Vincent Kompany.

However, it was another substitute, Leroy Sane, who would spark a comeback against his former employers by blasting a free-kick into the top corner from 25 yards out.

And Sterling had the final say, shrugging off Bastian Oczipka and collecting Ederson's long ball to finish past Ralf Fahrmann as City turned the game, and the tie, on its head.