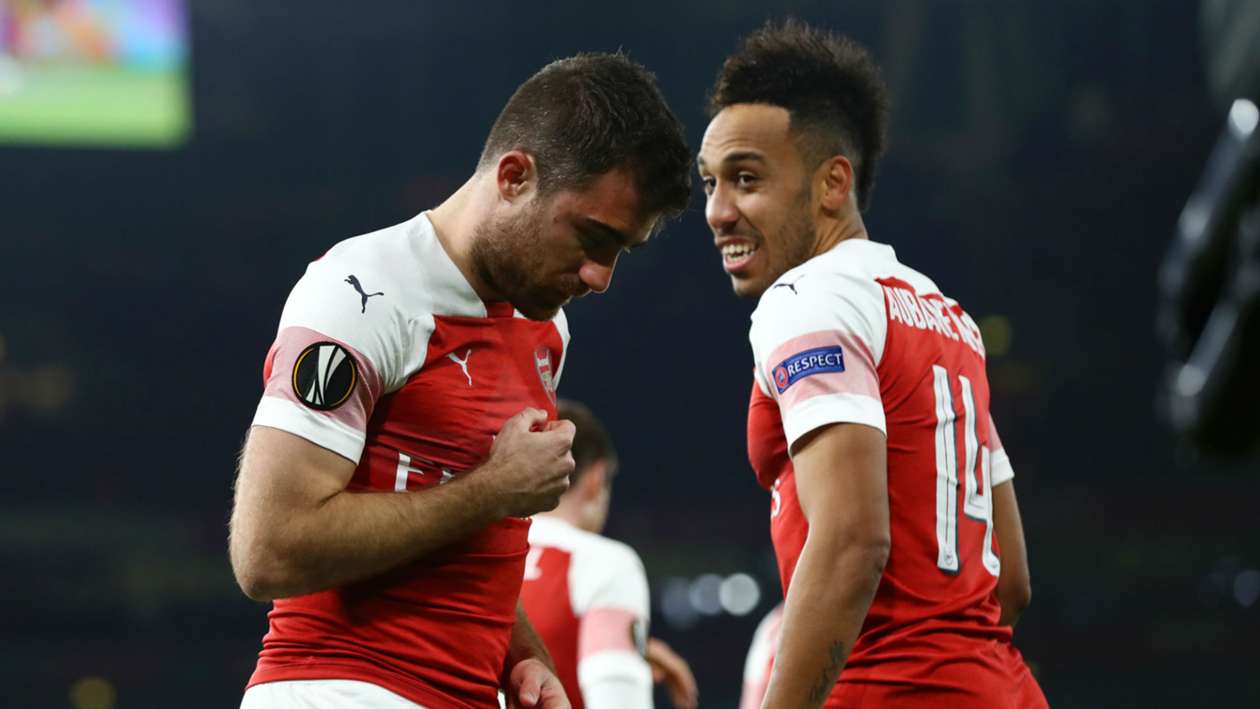 Bouncing back from a tough first leg, Arsenal cruised through in the Europa League with a dominant display against BATE on Thursday

Arsenal eased into the last 16 of the Europa League with a 3-0 win at Emirates Stadium to turn their tie against BATE on its head.

Unai Emery's men were miserable in the away leg last week as they were beaten 1-0, but an aggregate 3-1 triumph was secured with a minimum of fuss after cancelling out the deficit early.

Zakhar Volkov's own goal was followed by a second from Shkodran Mustafi before the interval, with Sokratis Papastathopoulos then making sure on the hour.

Visitors BATE offered little in response and Emery was able to breathe easily as his side chased further goals in a competition that may yet define his first season in London.

BATE had already survived a couple of early scares when, with four minutes on the clock, Pierre-Emerick Aubameyang tore down the right and centred, seeing Volkov stab awkwardly into his own net after Egor Filipenko failed to clear at the near post.

Apparently unable to shut up shop, the visitors then went on the offensive and Stephan Lichtsteiner was required to scramble clear from the Arsenal goal line as Stanislav Dragun found himself unmarked.

That opportunity only briefly disrupted Arsenal's dominance, though, and they edged in front in the tie for the first time before the break, with Mustafi powering home a header from Granit Xhaka's corner.

The Gunners' momentum slowed following the restart, but another Xhaka corner led to the nerve-settling third as Denis Scherbitski charged out and was beaten in the air by towering fit-again substitute Sokratis.

Aubameyang was among those to pass up further opportunities to bolster the scoreline, yet Arsenal's advantage was never in trouble.