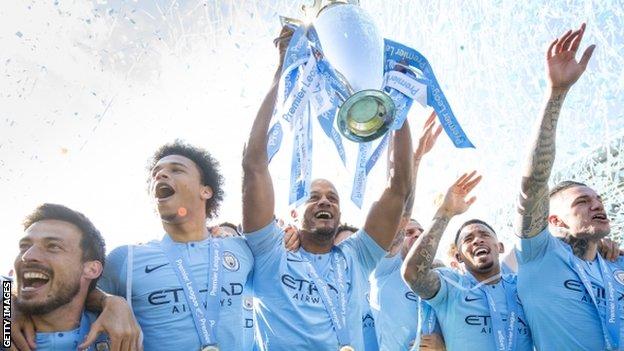 Vincent Kompany has been recalled by Belgium for their Euro 2020 qualifiers against Kazakhstan and Scotland.

The 33-year-old announced on Sunday that he is leaving Manchester City to rejoin Anderlecht as player-manager.

He has not played for Belgium since November 2018 but was a regular as City clinched a historic domestic treble.

Belgium coach Roberto Martinez said: "He will be selected on his merit as a player, not as a coach. He will do everything to get to Euro 2020."

Kompany came through the youth ranks at Anderlecht before leaving for Hamburg in 2006 and will return on a three-year deal this summer.

"In modern football it is not easy to combine the job of player and coach," Martinez added.

"In England they have a tradition of that but less and less because the job of coach has become enormously demanding.

"We must give him time. We will support him in everything he does."

Tottenham defender Jan Vertonghen has been named in the 28-man squad despite nursing an ankle problem before the Champions League final against Liverpool on Saturday, 1 June.