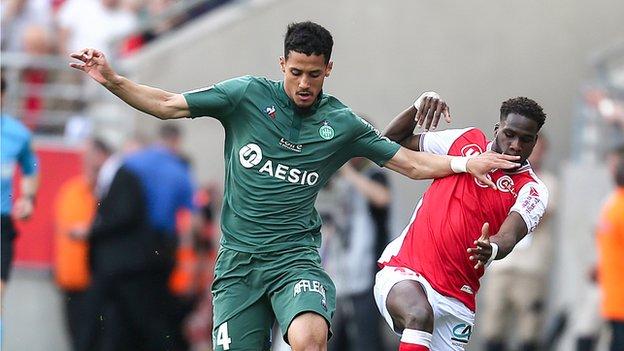 The Gunners were set to secure a 30m euro (£27m) deal for the 18-year-old that was to see him loaned back to the Ligue 1 club next season.

The deal was in instalments and would not have had a big impact on Arsenal's restricted £45m summer budget.

But Spurs, who signed Tanguy Ndombele for a club record £53.8m this summer, have revived their interest in Saliba.

Saliba, a France Under-20 international, joined Saint-Etienne in 2016 and is one of the game's most highly-rated young centre-backs.

Arsenal remain in the market for a player to come straight into their first-team squad in the same position.

They are also pursuing Celtic left-back Kieran Tierney, 22, and hope to recruit a central midfielder and winger.