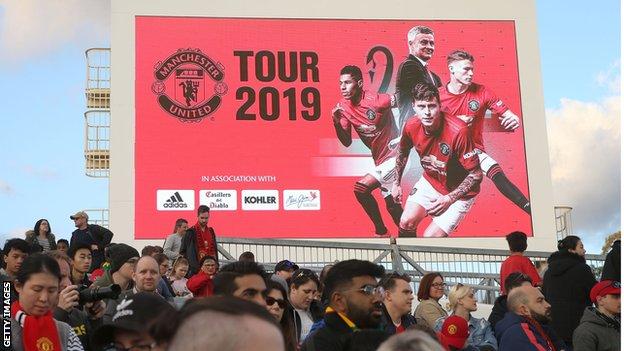 A Manchester United member of staff was taken to hospital after being taken ill on the pre-season tour of Australia.

In a statement, United said the employee - who is part of the backroom team - was "sent to hospital by our club doctor for further treatment".

"We request that medical confidentiality is respected," the club added.

United are on a four-match, 18-day pre-season tour of Australia, Singapore and China.

They play Perth Glory on Saturday and Leeds United on 17 July, before flying to Singapore for a game against Inter Milan on 20 July.

The trip finishes with a game against Premier League rivals Tottenham in Shanghai on 25 July.