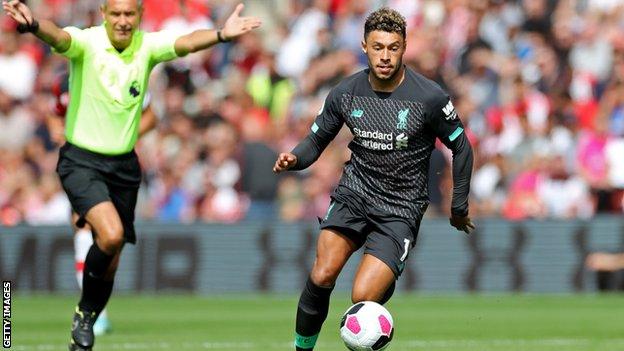 Liverpool's Alex Oxlade-Chamberlain has signed a contract extension committing him to the club until 2023.

The 25-year-old returned in April after a missing a year with a knee ligament injury suffered in the Champions League semi-final against Roma in 2018.

The midfielder's previous deal had been set to end in 2022.

"It's really exciting for me to be able to sign," he said. "Hopefully I can put in some good performances to make amends for not being around last year."

Oxlade-Chamberlain, who has 32 England caps, added: "You've got to count your blessings every time you get an opportunity like this. I am really excited to be able to extend my time here.

"I can promise the supporters that I'll give them absolutely everything moving forward."

Oxlade-Chamberlain made his first Premier League start since April 2018 against Southampton on Saturday, playing 89 minutes. He also started the Super Cup win against Chelsea on 14 August but lasted just 45 minutes on that occasion.