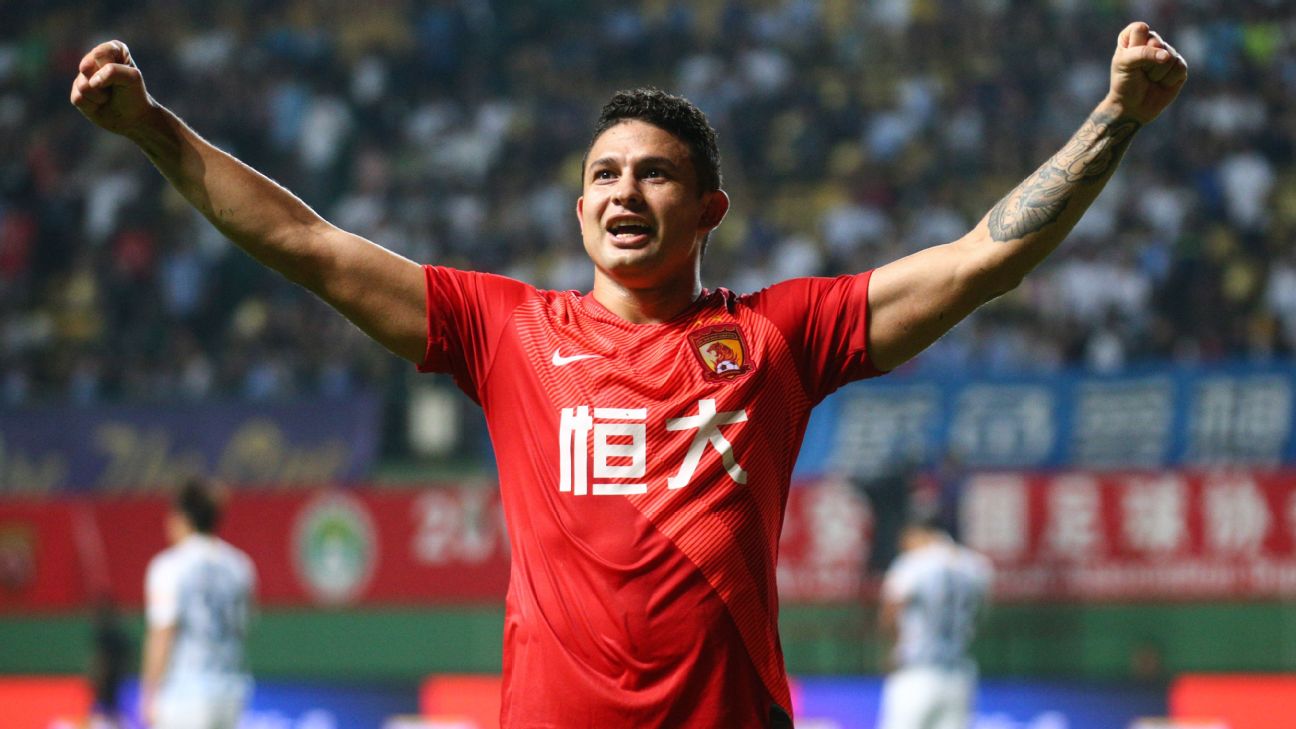 Brazilian-born striker Elkeson has changed his name as he prepares to help China qualify for the 2022 World Cup.

The 30-year-old, who has played in the Chinese Super League since 2013, became a naturalised citizen earlier in August and was named on Wednesday in China's squad for their opening 2022 World Cup qualifier at The Maldives on Sept. 10.

Now known in China as Ai Kesen, the former Botafogo star told fans on social media that he is now one of them.

"In addition to winning many championships and honours on the football field, I have been very happy in China in recent years," Elkeson said. "Now I want to say that I am Chinese and I love this country. I want to return all the love and care you have for me over the years. I hope to get your support as always."

The top scorer of the Chinese Super League in 2013 and 2014 has downloaded his new national anthem on to his phone and, according to reports in China, is preparing to sing it against the Maldives should he be named in the starting lineup by head coach Marcello Lippi.

Lippi, who led Italy to the 2006 World Cup, was hired by China for a second spell in May as the country looks to make a second appearance at the World Cup following their 2002 debut. Elkeson is a major part of those plans.

"Football is booming in China, and the Chinese team has no reason not to enter the World Cup," Elkeson added. "Football is as important to China as it is to countries in Europe and South America."

The Brazilian is the first player of non-Chinese heritage to be called up by the national team and follows the debut of Nico Yennaris in June.

The English-born midfielder has a Chinese mother and was signed by Beijing Guoan from Championship club Brentford in January.

Yennaris, now known as Li Ke in China, took Chinese citizenship and has also been called-up by Lippi to face The Maldives in the opening game of the second round of qualification.

China have to finish first in Group A, which also contains Syria, The Philippines and Guam, to be sure of progressing to the next stage.