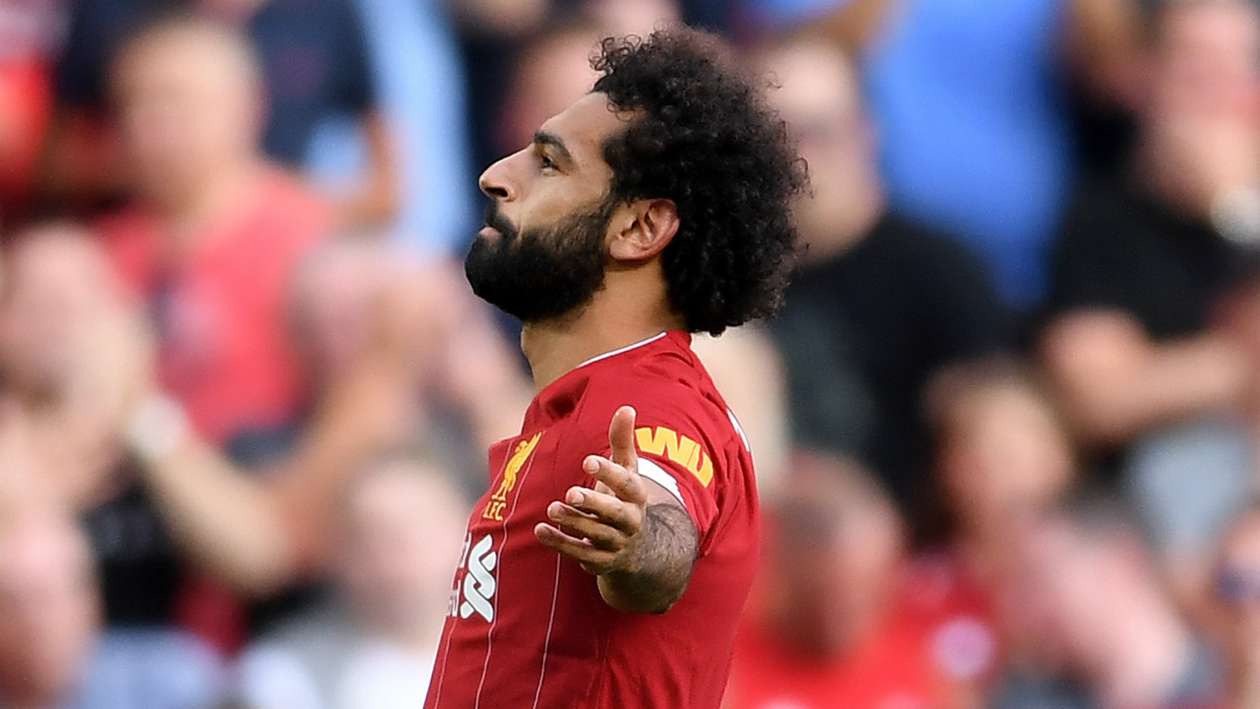 Joel Matip's header and Salah's second-half brace ensured the Reds moved three points clear at the top of the table, with the Gunners staying second despite suffering a fourth straight away defeat to Liverpool in the Premier League.

Adrian's gaffe in the 2-1 win against Southampton did not cost Liverpool last time out but he was at fault again in the early stages, racing out of his goal to slice a clearance straight to Pierre-Emerick Aubameyang, who could only lob a bouncing ball just wide.

Mistakes continued to come at both ends. Dani Ceballos gifted Sadio Mane a chance but the forward fired his shot too close to Bernd Leno, then Jordan Henderson's lapse allowed Nicolas Pepe to race away, though he could not beat Adrian.

Liverpool took the lead in the 41st minute, Sokratis Papastathopoulos and David Luiz distracted by Virgil van Dijk and leaving Matip to meet Trent Alexander-Arnold's right-wing delivery, with another corner from the full-back headed over by Mane before the break.

Arsenal were unable to cope with Liverpool after the restart, David Luiz pulling back Salah in the box with the forward hammering the resulting penalty into the top-left corner.

Salah then span away from the Brazilian centre-back on Liverpool’s right flank, cut inside and slotted a trademark left-footed finish across Leno to make it 3-0.

Only Liverpool easing up prevented further Anfield misery for Unai Emery's men, with substitute Torreira beating an unsighted Adrian from inside the box for a late consolation.