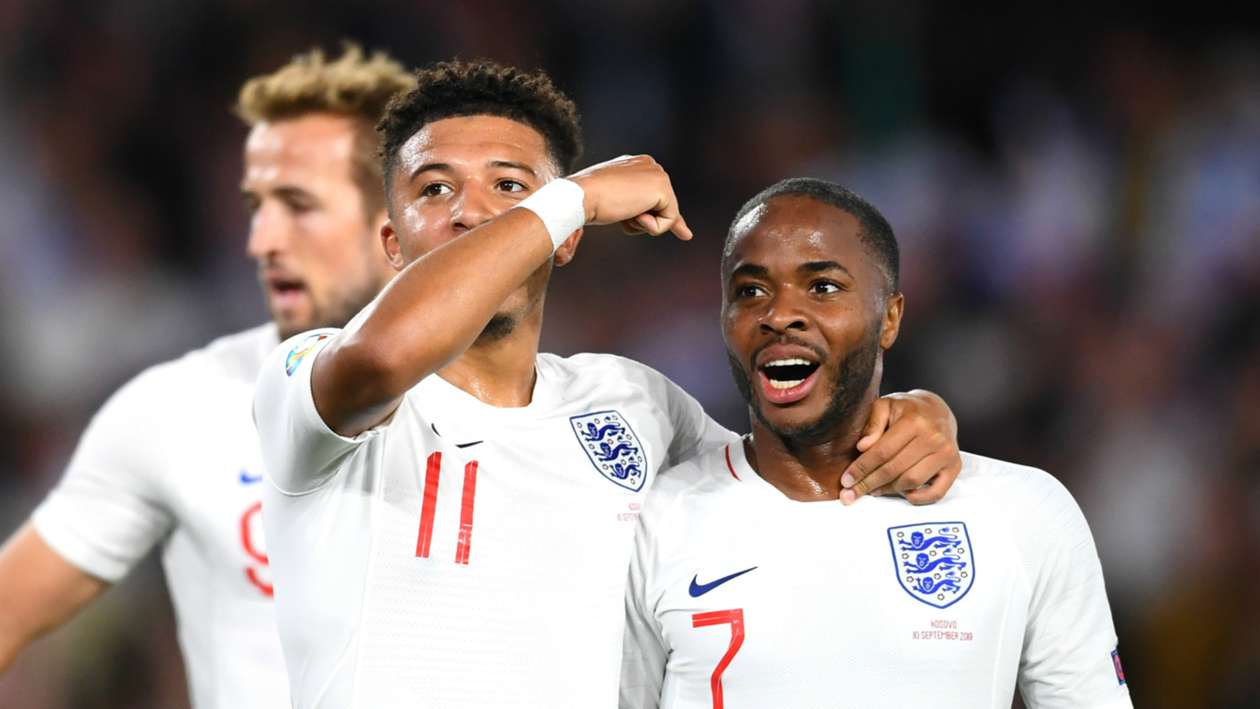 England fell behind in the opening minute but came back to defeat Kosovo in an eight-goal thriller at St Mary's Stadium.

Raheem Sterling scored and recorded a trio of assists while Jadon Sancho hit his first England goals as Gareth Southgate's side came from behind to beat Kosovo 5-3 in Southampton.

Kosovo led after 34 seconds of the Euro 2020 qualifier at St Mary's Stadium on Tuesday, Valon Berisha giving the Three Lions a scare, but they roared back to lead 5-1 at half-time thanks to Sterling's inspirational display.

He levelled the scores with a header and set up Harry Kane to make it 2-1 before Mergim Vojvoda's own goal, Sterling then providing assists for Sancho's two strikes in an action-packed Group A clash.

England lost their focus after the interval with Berisha netting again and Vedat Muriqi converting a penalty - a feat Kane failed to match soon after - to make the final scoreline closer than Sterling's superb showing deserved.

Kosovo were gifted an early opener when Michael Keane's loose pass allowed Fidan Aliti to tee up Berisha for his second international goal since changing allegiance from Norway.

The hosts responded well and drew level in the eighth minute, Keane heading a right-wing Ross Barkley corner back across goal for a leaping Sterling to profit from close range.

Sterling then created England's second, brilliantly turning into space on halfway and feeding Kane for a powerful finish through the legs of Kosovo goalkeeper Arijanet Muric.

England opened up a four-goal advantage before the break. Vojvoda turned a low Sancho cross into his own net before the Borussia Dortmund winger opened his international account with a quickfire double.

Sloppy play allowed Kosovo to net first after the restart. Declan Rice lost the ball on halfway and Berisha curled home his second of the game, then Harry Maguire's clumsiness enabled Muriqi to reduce the deficit further from the spot.

England should have restored a three-goal cushion but captain Kane saw his penalty pushed away by Muric while the goalkeeper - on Manchester City's books - later deflected a Sterling shot on to the post.