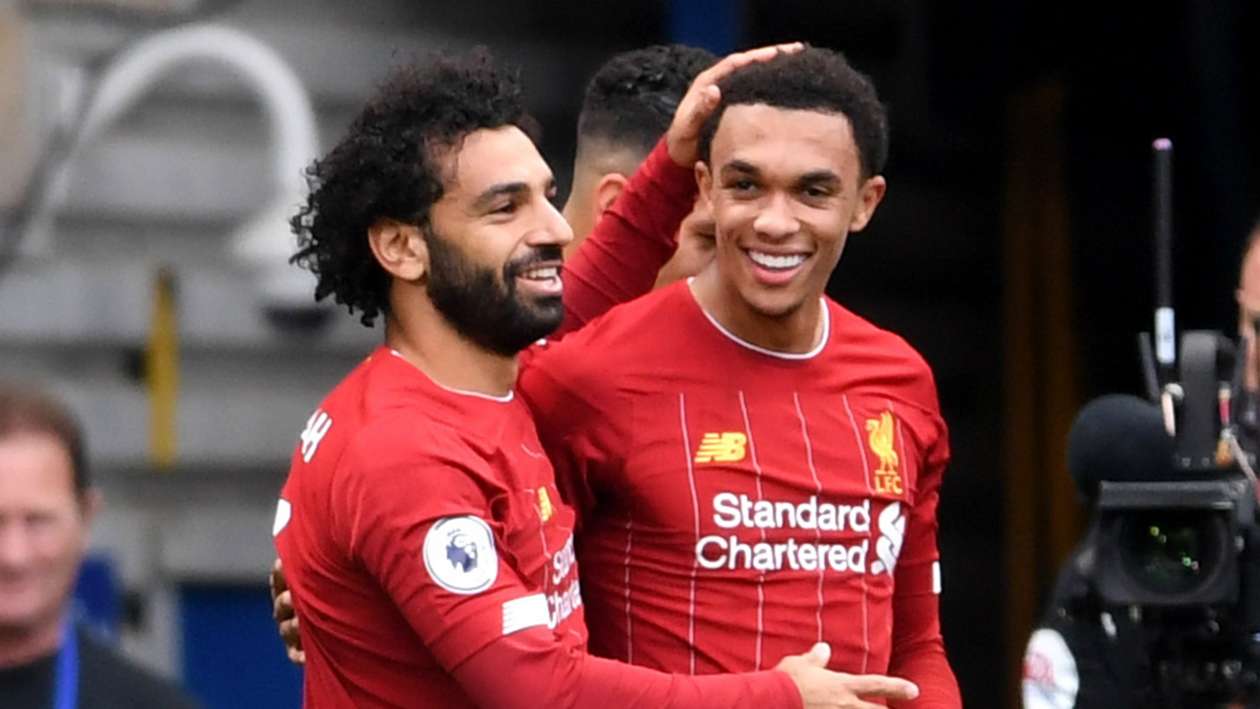 Liverpool made it six wins from six with a 2-1 triumph at Chelsea, who are still without a home win in the Premier League this season.

Frank Lampard's men failed to contain the European champions, who benefited from two first-half injuries to a Chelsea defence that never looked comfortable.

Trent Alexander-Arnold scored a thunderbolt before Roberto Firmino rose unmarked to double Liverpool's lead and there was no way back for Chelsea, despite N'Golo Kante's sensational solo effort preceding a late rally.

Injuries to Emerson Palmieri and Andreas Christensen compounded Lampard's woes, while opposite number Jurgen Klopp enjoyed a problem-free afternoon as he became the first Liverpool manager to win three times at Stamford Bridge in the Premier League.

Willian had a penalty appeal turned down after seven minutes when Virgil van Dijk appeared to bundle him over without touching the ball.

The referee blew his whistle without hesitation when Christensen brought down Sadio Mane and Mohamed Salah used the free-kick to tee up Alexander-Arnold for a thunderous 20-yard shot into the top right corner.

Cesar Azpilicueta thought he had equalised from close-range 12 minutes later but his effort was ruled out for offside and Liverpool promptly doubled their lead, Andy Robertson's curling free-kick finding Firmino to head home.

Chelsea, who had already lost Emerson to a thigh injury, saw Christensen limp off with a knee problem to cap a torrid first half, but Kepa prevented further misery for Lampard when he saved well from Firmino after the interval.

With Tammy Abraham misfiring, the hosts' most potent attacking threat came from Kante who weaved his way to the edge of the box before scoring with a deft finish after 71 minutes.