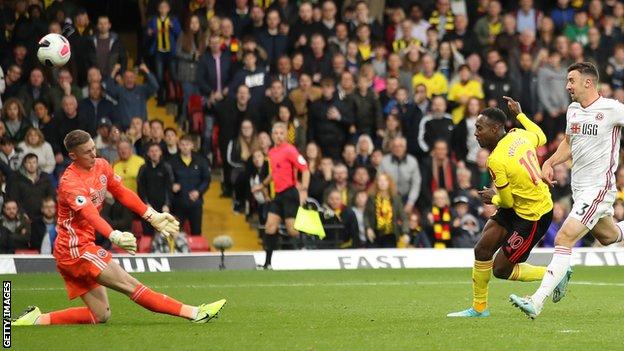 Sheffield United goalkeeper Dean Henderson has been called up to the full England squad for the first time to replace the injured Tom Heaton.

Heaton, 33, picked up an injury during Aston Villa's 5-1 win at Norwich on Saturday.

Henderson has 11 caps for England Under-21s and joins goalkeepers Jordan Pickford and Nick Pope in the squad.

England will qualify for the Euro 2020 finals with a win in Prague.