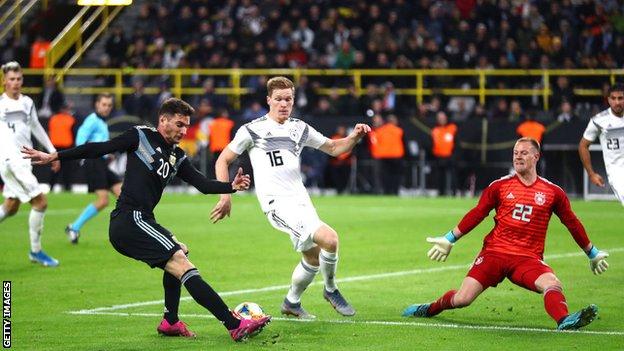 Both of Argentina's goals were scored by second-half substitutes

Argentina came back from two goals down to draw 2-2 with Germany in a friendly in Dortmund.

In a repeat of the 2014 World Cup final, the hosts raced into an early lead when Serge Gnabry poked home in the 15th minute before Kai Havertz side-footed in seven minutes later.

But Argentina fought back after the break as substitute Lucas Alario's header halved the deficit.

Debutant Lucas Ocampos secured the draw with a deflected strike late on.

It was an impressive fightback by Argentina in a game that was ultimately turned on its head by Lionel Scaloni's substitutions, with Ocampos coming on at half-time and Alario just after the hour mark.

It had been all Germany in a first half where Argentina failed to manage a single shot on target and when Gnabry grabbed his 10th goal in 11 international appearances, it looked like the hosts would go on to record a big win.

However, they took their foot off the pedal after the break, allowing Argentina to get back into the game.

By the end, 2014 World Cup winners Germany were perhaps fortunate not to finish on the losing side, with a last-minute panic in their penalty area only eased when Emre Can managed to scramble clear.

It could prove an important lesson in avoiding complacency for Joachim Low's side as they prepare to resume their Euro 2020 qualifying campaign this weekend.

Germany, who are top of Group C and level on 12 points with Northern Ireland, travel to Estonia on Sunday. 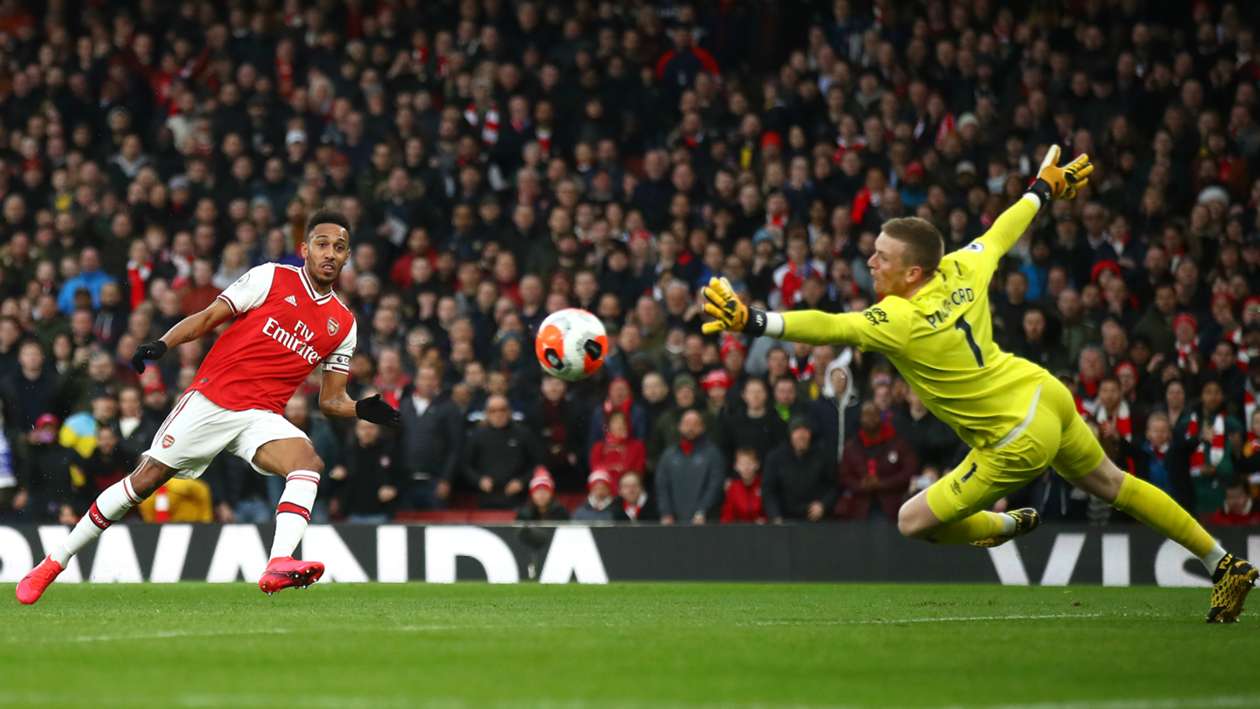 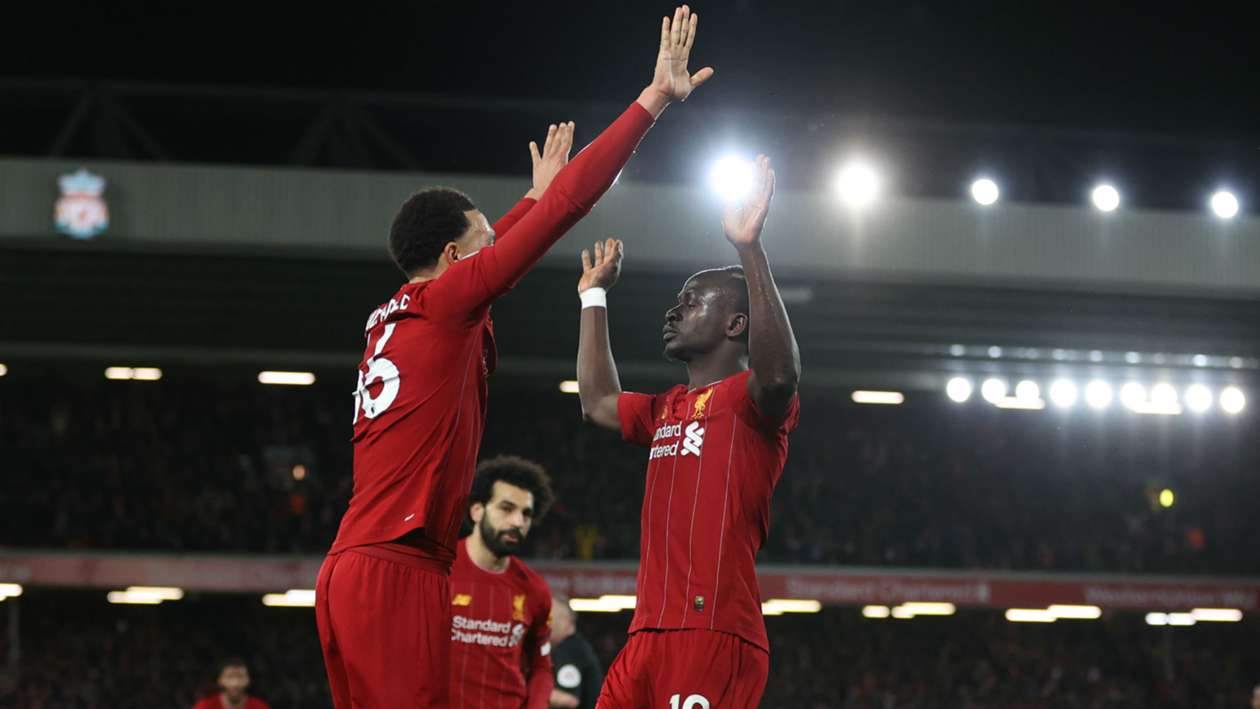