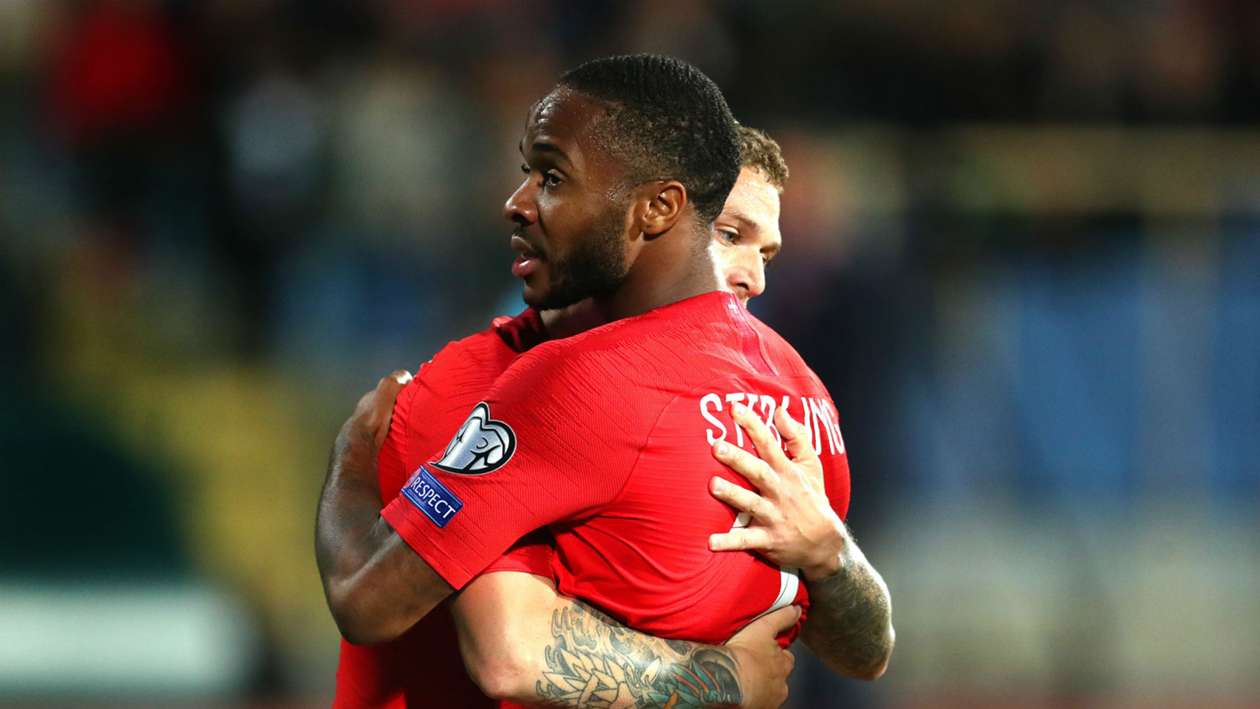 Marcus Rashford and Barkley had Gareth Southgate's men two goals to the good midway through the first half when play was stopped and a message relayed over the public address system at Vasil Levski National Stadium, urging home supporters to cease their abuse.

In between Barkley and Sterling continuing an emphatic response to the Three Lions' surprise defeat to the Czech Republic, there was a further lengthy delay.

The game appeared under threat of abandonment at that stage, as a group of fans were ejected, but England resumed their punishment of over-matched opponents – captain Harry Kane laying on Sterling's second and completing the scoring five minutes from time.

Manchester United's Rashford, who has struggled for form at club level this season, left Georgi Pashov on the turf before thrashing into the top corner from a tight angle in the seventh minute.

Jordan Pickford got down sharply to keep out a 25-yard drive from Bulgaria captain Ivelin Popov, although that amounted to a fleeting moment of encouragement for the hosts.

Sterling played a slick one-two with Kane and drilled across the face of goal for Barkley to tap home in the 20th minute.

Barkley's second, a finely judged run and header to meet Kane's curling cross, came after the first stoppage in play.

Southgate was in discussion with the fourth official shortly before half-time when the game was halted again and a group of Bulgaria fans were escorted out of the stadium.

Unperturbed by the dismal circumstances, Kieran Trippier and Kane combined for Sterling to make it 4-0 at the interval.

The one-way traffic continued after the break, with Sterling slotting wide before he and Kane got in one another's way.

Plamen Iliev then foiled the Manchester City forward with his boot but he would not be denied a seventh goal in qualification when Kane teed him up 21 minutes from time.

The Tottenham striker dispatched a shot beyond the beleaguered Iliev to get the goal his efforts deserved, while substitute Callum Wilson hit the post as Bulgaria downed tools.