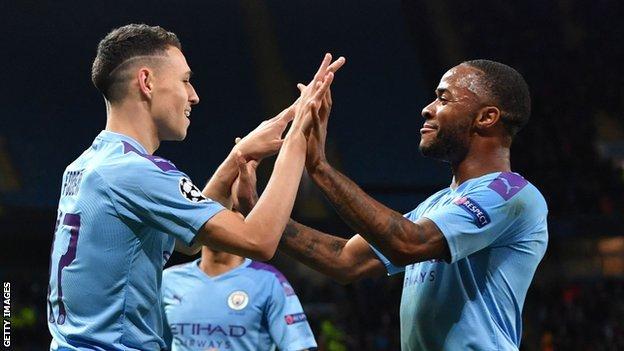 Manchester City have been fined 15,750 euros (£13,644) by Uefa for the "throwing of objects" by their fans during the 2-0 Champions League win over Dinamo Zagreb on 1 October.

The Croat club have also been banned from selling tickets to their away fans for their next European match.

Fans ran on to the pitch after their 4-3 Champions League win against Red Bull Salzburg on 2 October.

Salzburg have been fined 3,250 euros (£2,815) for the throwing of objects by their supporters during the game at Anfield.

Ajax have been banned from selling tickets to their away supporters for their next European match, while the club have also been handed an 18,000 euro (£15,593) fine for the "improper conduct" of the team during the same match, in which six Ajax players were shown yellow cards.