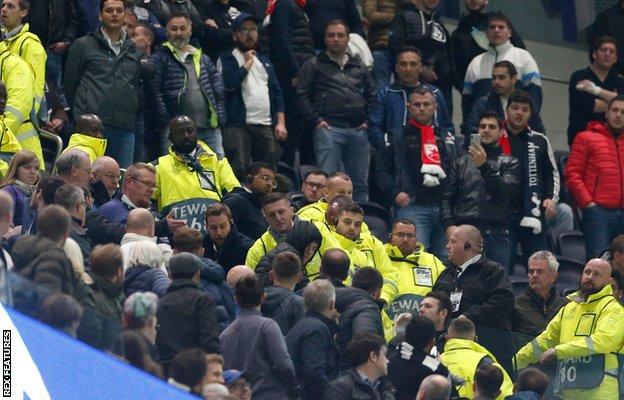 Red Star supporters had been banned from buying tickets after being charged for racist behaviour in July.

Uefa will wait for the report from their match delegate before deciding whether to investigate.

Stewards had to step in to intervene and "contain" the group.

A club spokesman said: "Red Star supporters illegally obtained individual tickets on Level 5 and made their way around to one section of the stadium in order to congregate as a group.

"Stewards and police contained the group as it was too large a number to eject.

"We have launched a full investigation in order to understand how tickets have been acquired and shall take the strongest possible action against any individual found to have sold their ticket on."

Tottenham won the Group B game 5-0, with Harry Kane and Son Heung-min both scoring twice.