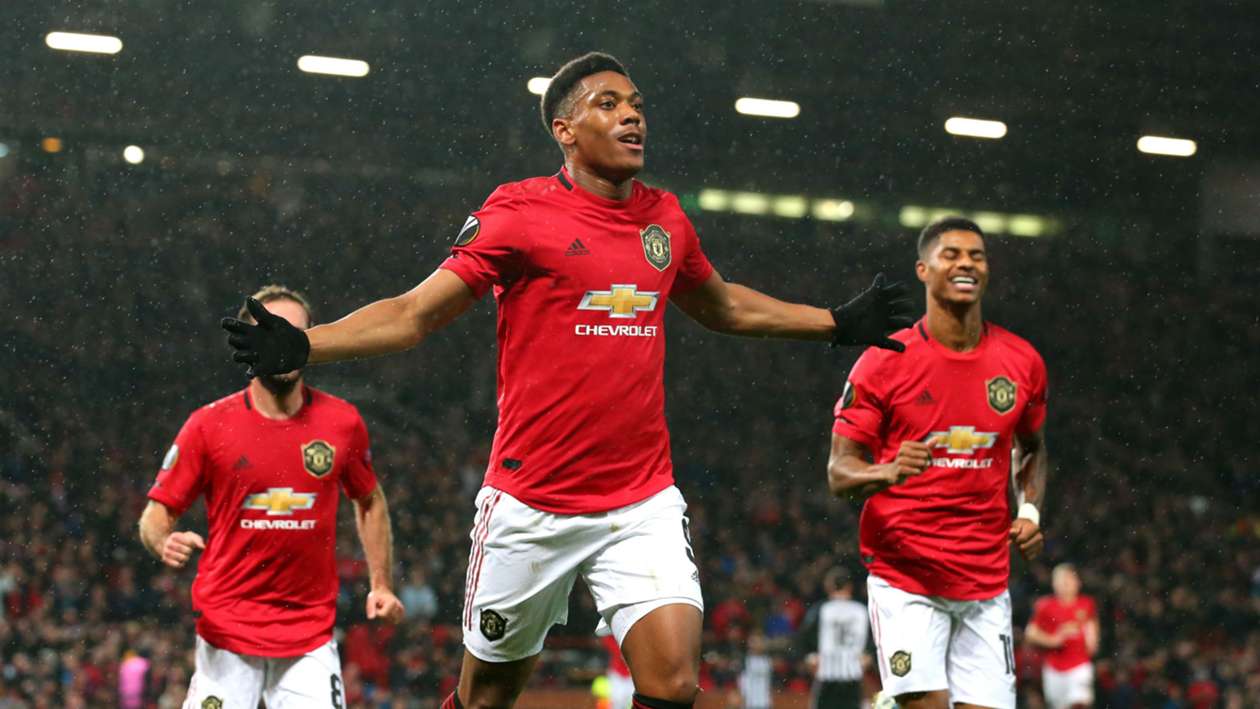 Manchester United easily secured their place in the Europa League knockouts thanks to Anthony Martial, Mason Greenwood and Marcus Rashford.

Anthony Martial and Marcus Rashford were on target as Manchester United ensured their place in the Europa League knockout stages with a convincing 3-0 win over Partizan Belgrade.

Knowing a win would be enough to see them through - courtesy of a better head-to-head record against Partizan in Group L - United wasted little time in asserting their authority, with Mason Greenwood capping a dominant start in the 21st minute.

Martial added a magnificent second soon after, with Rashford, who had been wasteful in the first half, making it 3-0 shortly after the restart as United cruised into the round of 32 with two matches to spare.

Martial and Partizan's Umar Sadiq both had goals disallowed for offside in the opening five minutes, before Rashford drilled wide from 10 yards out.

Rashford had another opportunity three minutes later, only for Vladimir Stojkovic to rush out and deny the England forward, but Greenwood made no such mistake.

Having benefitted from some dreadful Partizan marking, Greenwood kept his cool to slot beyond Stojkovic after setting himself from Rashford's neat pass.

United were two ahead just after the half hour - Martial prodding in an excellent finish after driving through Partizan's defence with some sublime footwork.

Young almost went from provider to scorer with a terrific free-kick moments later, his strike glancing the side netting before Fred drew a fine stop out of Stojkovic.

A fine night for United was blemished with 15 minutes remaining - Scott McTominay forced off through injury - but Ole Gunnar Solskjaer's side will be able to reflect on a job well done at Old Trafford.