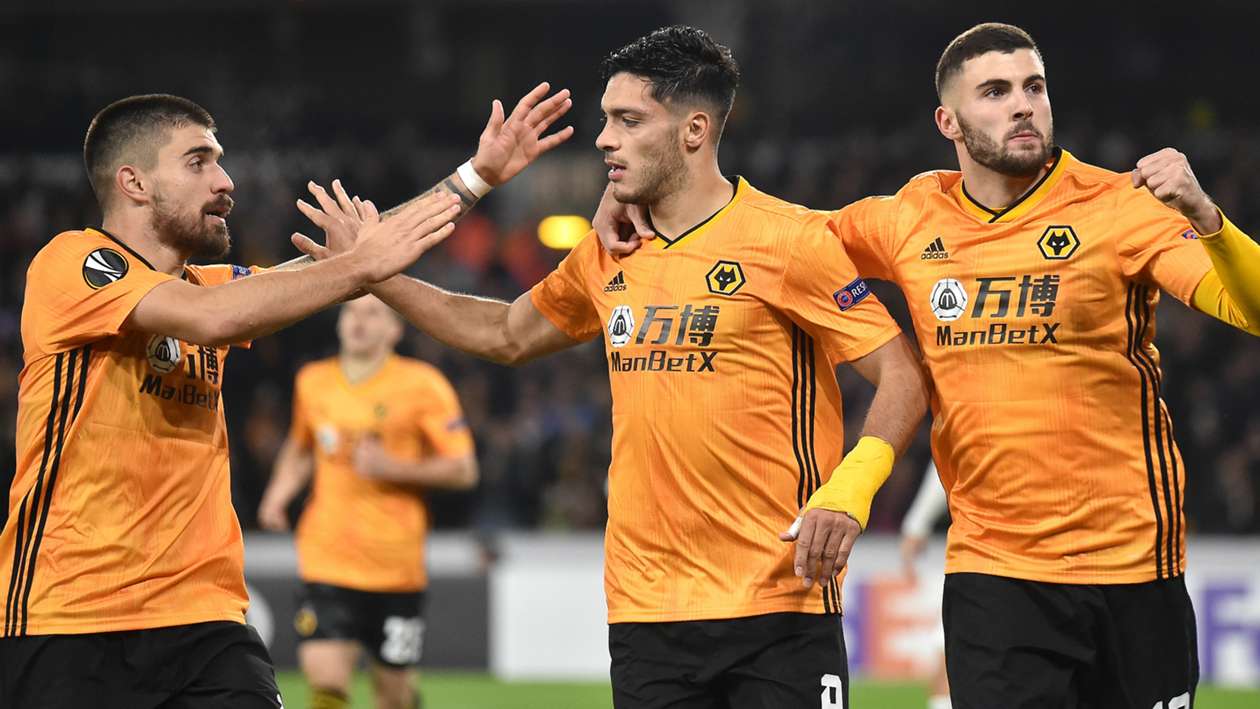 Raul Jimenez scored a 92nd-minute winner as Wolves beat Slovan Bratislava 1-0 in Thursday's Europa League clash to move to the brink of the knockout stage.

The Premier League side won 2-1 when the sides last met two weeks ago but looked as though they were going to be denied a third successive Group K victory by inspired Slovan goalkeeper Dominik Greif this time.

Ruben Neves had a penalty saved early in the second half, and Greif produced a number of other impressive stops to frustrate Wolves at Molineux.

But with 12 minutes added on due to a nasty head injury to Kenan Bajric, Jimenez nodded in Adama Traore's floated cross to move his side to within one point of the last 32.

Slovan came close to opening the scoring inside six minutes through an unmarked Bajric, who volleyed wide at the back post after getting on the end of Vernon's flick-on.

But Wolves soon grew into the contest and would have been in front if not for a reflex save from Greif to keep out Joao Moutinho's heavily deflected shot.

Greif did well to turn behind Jimenez's angled drive and then further frustrated Wolves six minutes into the second half by keeping out Neves' casual penalty, awarded after Vasil Bozhikov clipped the heels of Pedro Neto.

Matt Doherty was next to be thwarted by Greif from close range following some good play from Moutinho, while Neves' long-ranger was also turned aside.

However, with two of 12 added minutes played after Jimenez caught Bajric in the head when attempting an overhead kick, the Mexican striker climbed highest to meet Traore's deflected right-sided cross and steal all three points.