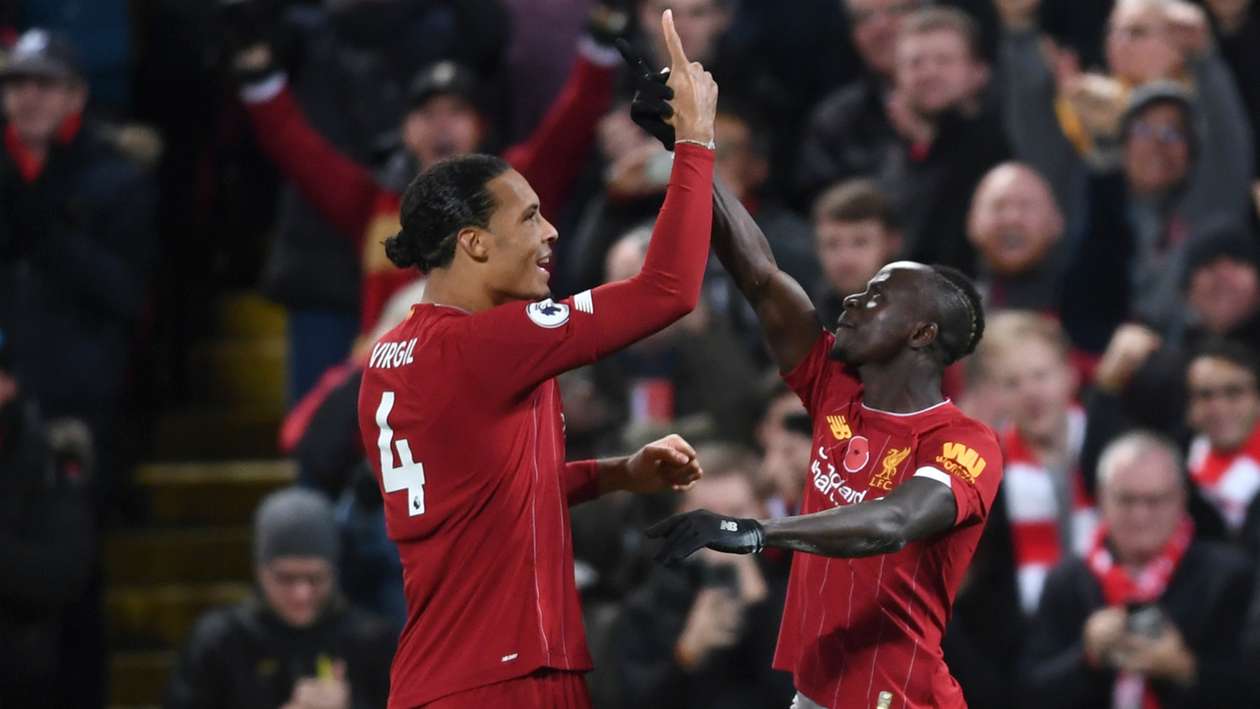 Liverpool ruthlessly dispatched title rivals Manchester City 3-1 in a barnstorming clash at Anfield to open up a commanding eight-point gap at the top of the Premier League.

Fabinho rifled the Reds into a sixth-minute lead moments after the visitors were left seething when Trent Alexander-Arnold was not punished for a seeming handball in the penalty area.

Mohamed Salah doubled the lead in a pulsating start and Sadio Mane completed the ransacking early in the second half as Liverpool's hopes of ending 30 years of title pain earned a monumental boost despite Bernardo Silva's 78th-minute strike giving the visitors late hope of a revival.

Liverpool – who are now unbeaten in 17 Premier League contests with City at Anfield – have an eight-point lead over Chelsea and Leicester City but perhaps far more significant for Jurgen Klopp's men, is the cushion of nine they have over Pep Guardiola's defending champions.

City were outraged not to be awarded a fifth-minute penalty for handball against Alexander-Arnold and their sense of injustice was exacerbated less 60 seconds later when Fabinho picked up Ilkay Gundogan's poor clearance and lashed home an unstoppable 25-yard thunderbolt.

Despite the setback, the away side continued to press the issue but Raheem Sterling wastefully headed wide from Kevin De Bruyne's whipped free-kick and City were made to pay.

The game was essentially put to bed six minutes after the restart when Jordan Henderson hung up a wonderful cross from the right that Mane gleefully headed in at the far post.

Sterling and Alexander-Arnold were both denied penalties before City game themselves a glimmer of hope when Angelino's low centre was drilled home, via a slight kiss of the post, from Silva.

City had Liverpool on edge again shortly after but Gabriel Jesus failed to make clean contact when Sterling had seemingly laid one on a plate.

Another claim for handball against Alexander-Arnold went unheard and Jesus wasted another golden opportunity as Liverpool saw it out to lay down a huge marker.