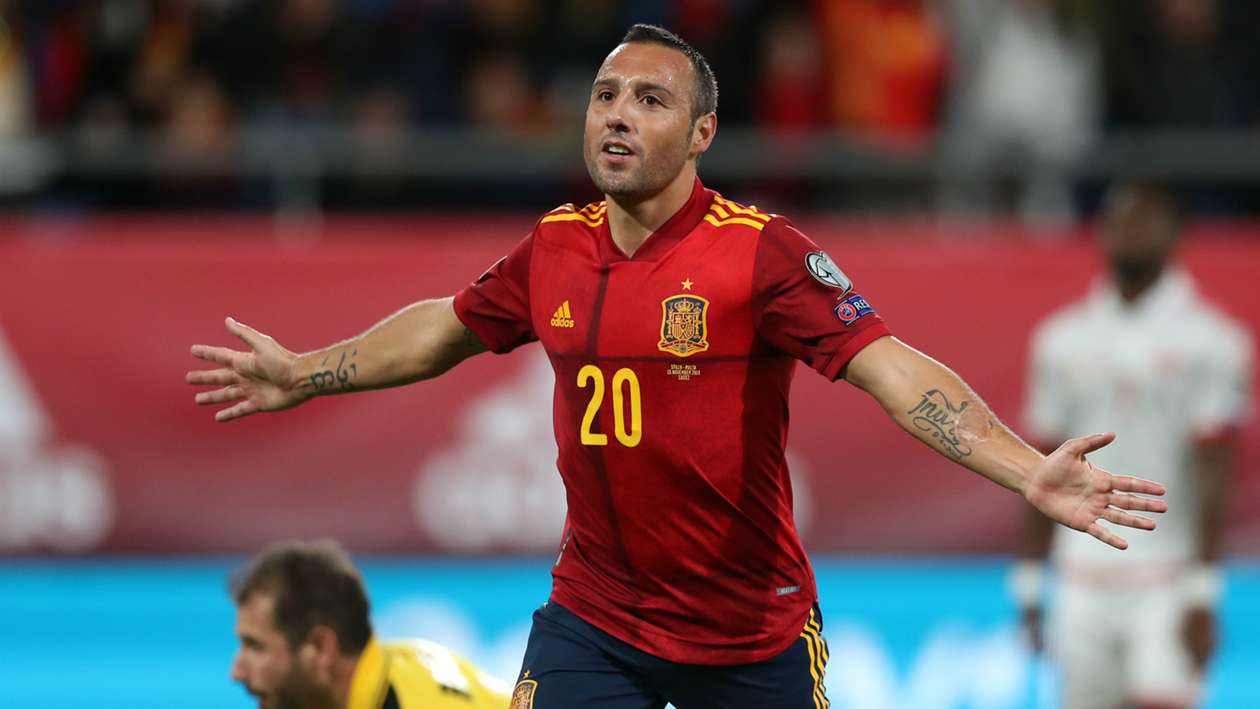 Spain, already assured of a place at Euro 2020, made light work of Malta in their penultimate qualifying match

Santi Cazorla scored his first Spain goal for four years as two debutants also got on the scoresheet in a 7-0 thrashing of Malta in Euro 2020 qualifying on Friday.

The Villarreal veteran struck 41 minutes in after Alvaro Morata had put Robert Moreno's men ahead, before the floodgates opened in the second half at Estadio Ramon de Carranza.

Moreno made seven changes to the side that drew 1-1 with Sweden last time out and handed debuts to Pau Torres and Dani Olmo in the second half, each of whom repaid him with a goal.

A fine strike from Pablo Sarabia, a simple finish for the impressive Gerard Moreno and a late Jesus Navas effort secured a resounding victory in Cadiz for a Spain side who were already assured of their place at next year's finals.

Morata scored his seventh goal in as many games for club and country with 23 minutes gone, bundling a finish beyond goalkeeper Henry Bonello after Gerard Moreno turned a loose ball goalwards.

It was Morata who prevented Spain doubling their lead 27 minutes in, the striker judged to be interfering with play from an offside position when Moreno blasted home the rebound after a brilliant Bonello save denied Sergio Ramos.

Moreno somehow failed to turn Sarabia's cross into an unguarded net, but the second goal did come - and in some style - four minutes before the break. Cazorla gathered Moreno's first-time pass and slotted the ball in off the left-hand post for his first international goal since 2015.

Cazorla went off to a standing ovation eight minutes after the restart as Spain set about securing the result, with only a brilliant clearance off the line from Jonathan Caruana denying Sarabia.

Spain ended the match as a contest with two goals in the space of a minute, Torres chesting the ball in from Paco Alcacer's flick-on from a corner before Sarabia arrowed a left-footed finish into the top-right corner from Moreno's lay-off.

Olmo became the second debutant to get on the scoresheet, rounding the goalkeeper before slotting home after the Malta defence was split by Thiago's pass, and Moreno at last got his goal when he tapped in Juan Bernat's cut-back.

Navas capped a fine outing for Spain with the goal of the game five minutes from time, sending a dipping strike over the stranded Bonello from 25 yards out.