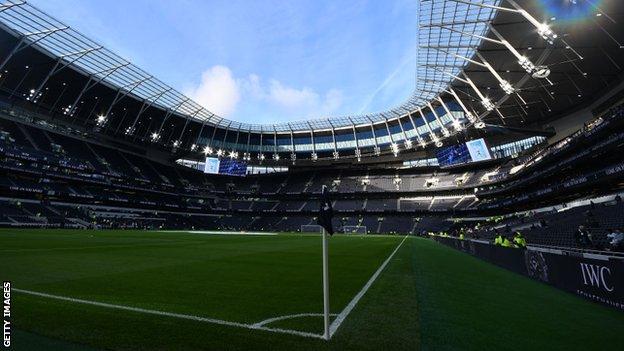 The alleged incident took place at the Tottenham Hotspur Stadium

A 13-year-old Burnley fan is being investigated by police for making an alleged racist gesture to Tottenham forward Son Heung-min on Saturday.

The teenager was ejected from the Tottenham Hotspur Stadium during the Premier League match between the sides.

Burnley say they will contact the teenager and his family about an "enforced educational programme".

Both clubs are assisting the Metropolitan Police with their investigation.

"Burnley Football Club would like to reiterate its zero-tolerance policy towards discrimination of any kind," the club said.