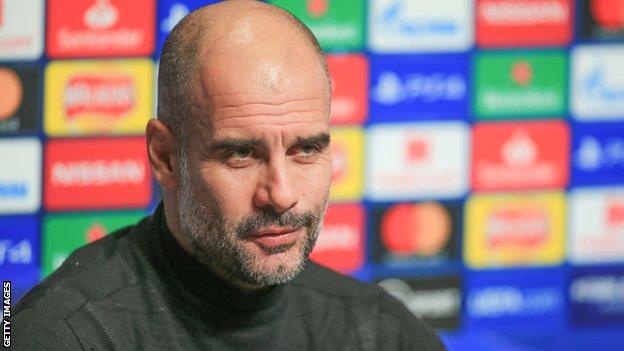 Pep Guardiola says it is "not true" he has a contract clause allowing him to leave Manchester City next summer.

He completed an unprecedented domestic treble last season, but City are now 14 points behind leaders Liverpool.

Responding to reports of a contract clause, Guardiola said: "No. It is not true. I spoke a few weeks ago about my intentions with the club."

Guardiola, whose side visit Arsenal in the Premier League on Sunday, said in November that he was "happy at the club" and "wants to stay to live and work in Manchester".

City are third in the Premier League, having lost four out of 16 matches, as many top-flight defeats as they suffered throughout the whole of last season, and two more than they endured in 2017-18.

Guardiola said the club are not planning to make any January signings, despite being linked with Bournemouth centre-back Nathan Ake.

"The players we started the season with we are going to finish with," he said. "We will look in the summer."