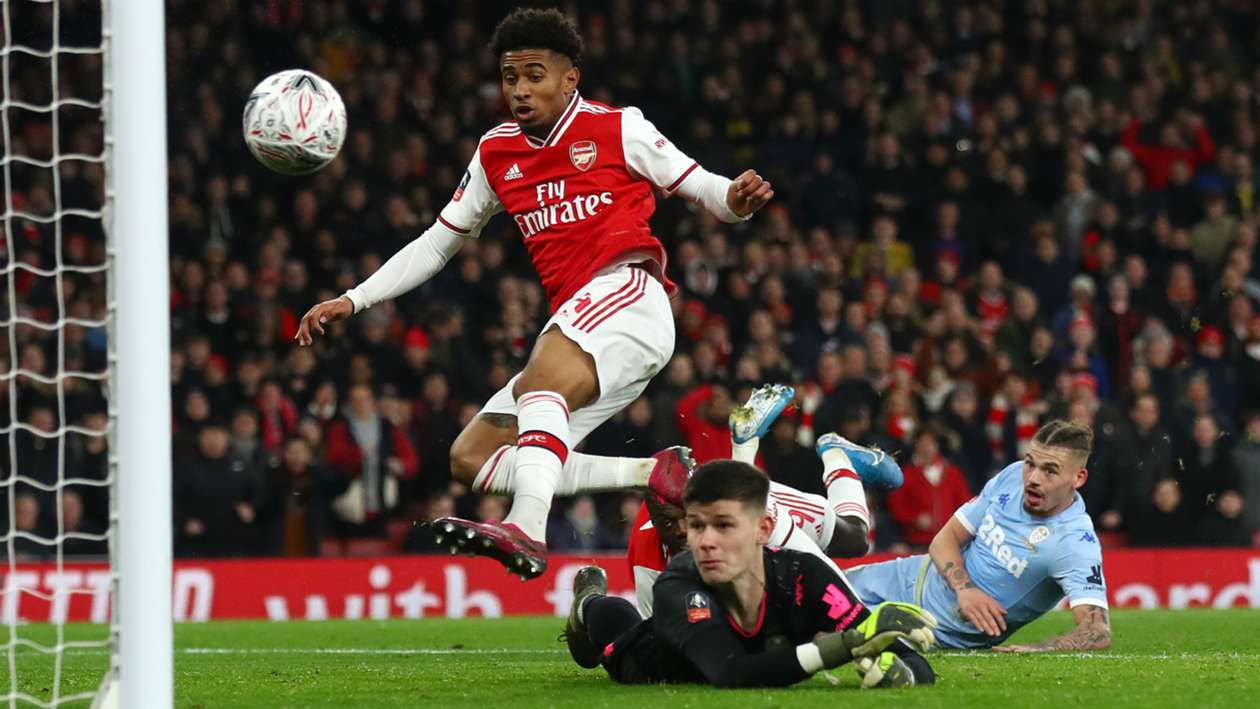 Arsenal moved into the fourth round of the FA Cup with a 1-0 victory over Leeds United on Monday.

Mikel Arteta earned his second win as head coach in all competitions thanks to a scrappy finish from Reiss Nelson 10 minutes after the restart.

Championship leaders Leeds had entirely controlled a first half in which Arsenal looked a shadow of the team that played so well in the narrow loss to Chelsea and 2-0 victory over Manchester United recently in the Premier League.

Arteta, though, managed to spark a second-half upturn to secure a fourth-round match away to Bournemouth.

A strong Arsenal side were outplayed in the first 45 minutes at Emirates Stadium, Leeds managing 15 shots and 63 per cent of the ball on the Gunners' own turf.

Goalkeeper Emiliano Martinez saved well from Jack Harrison's strike before Patrick Bamford rattled the crossbar from inside the penalty area, as the visitors continued to win the ball back with ease whenever the hosts moved forward.

Martinez had to react brilliantly to make sure Sokratis Papastathopoulos did not turn Luke Ayling's cross into his own net, as the visitors failed to make the most of several good openings.

Arteta's half-time talk clearly got through as Arsenal started the second half on the front foot, and they snatched a fortuitous breakthrough after 55 minutes when Nelson scuffed a finish past Illan Meslier after a cross from Lacazette deflected into his path.

Leeds were now looking unable to cope with a high press and substitute Gabriel Martinelli forced a good save from Meslier, after Lacazette had escaped punishment when VAR reviewed him kicking out at Gaetano Berardi.