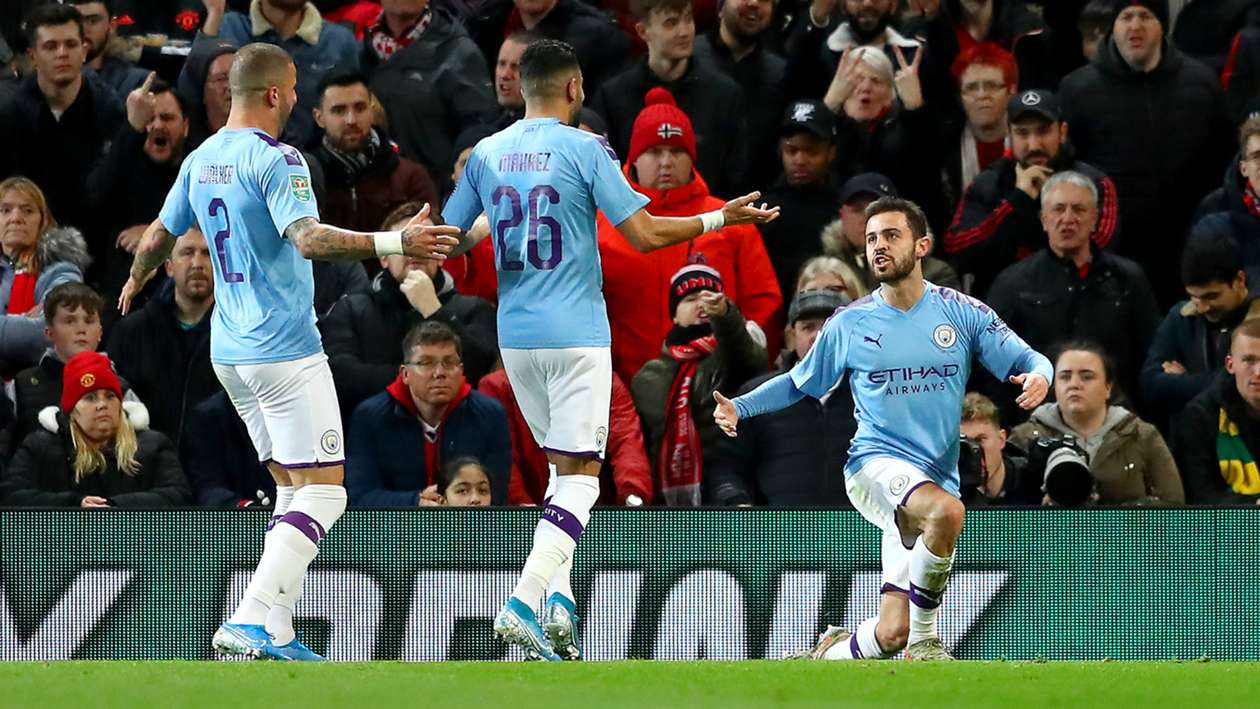 Bernardo Silva inspired Manchester City to an emphatic win over Manchester United, putting them on course for another EFL Cup final

Manchester City have one foot in a third consecutive EFL Cup final after dispatching Manchester United 3-1 in the first leg of the semi-final at Old Trafford.

Beaten 2-1 by their local rivals in the Premier League a month ago, Pep Guardiola sprung a tactical surprise by starting with no recognised striker in a strong-looking line-up.

The move proved inspired as City tore through a United defence that was missing the injured Harry Maguire, with Bernardo Silva, Riyad Mahrez and an Andreas Pereira own goal putting them 3-0 up at the break.

Marcus Rashford got a goal back to give United a glimpse of hope ahead of the second leg in three weeks, but a first final since they won the competition in 2017 already looks beyond them.

After a cagey opening, Silva put City ahead in emphatic fashion, driving away from Fred and unleashing a ferocious strike from 25 yards that left David de Gea with no chance.

United had City on the ropes in the first half-hour of the league meeting at the Etihad Stadium, but Guardiola's side were firmly in control and largely untroubled by the threat of the counter-attack.

Their grip on the tie was strengthened 33 minutes in, when Victor Lindelof could not cut out Silva's throughball and Mahrez had time to round De Gea and finish.

A miserable first half for United got worse five minutes later, when the ball deflected off Pereira and into the net after Kevin De Bruyne left Phil Jones on the turf.

De Gea had to make a smart save with his right foot to stop Mahrez from adding a fourth, although City mostly eased off after the restart, and that relative complacency did allow United a lifeline.

De Bruyne's loose pass to Rodri was closed down by Angel Gomes, Mason Greenwood raced forward and played in Rashford to slot the ball beneath Claudio Bravo, giving the Red Devils something to hold onto ahead of the second leg.