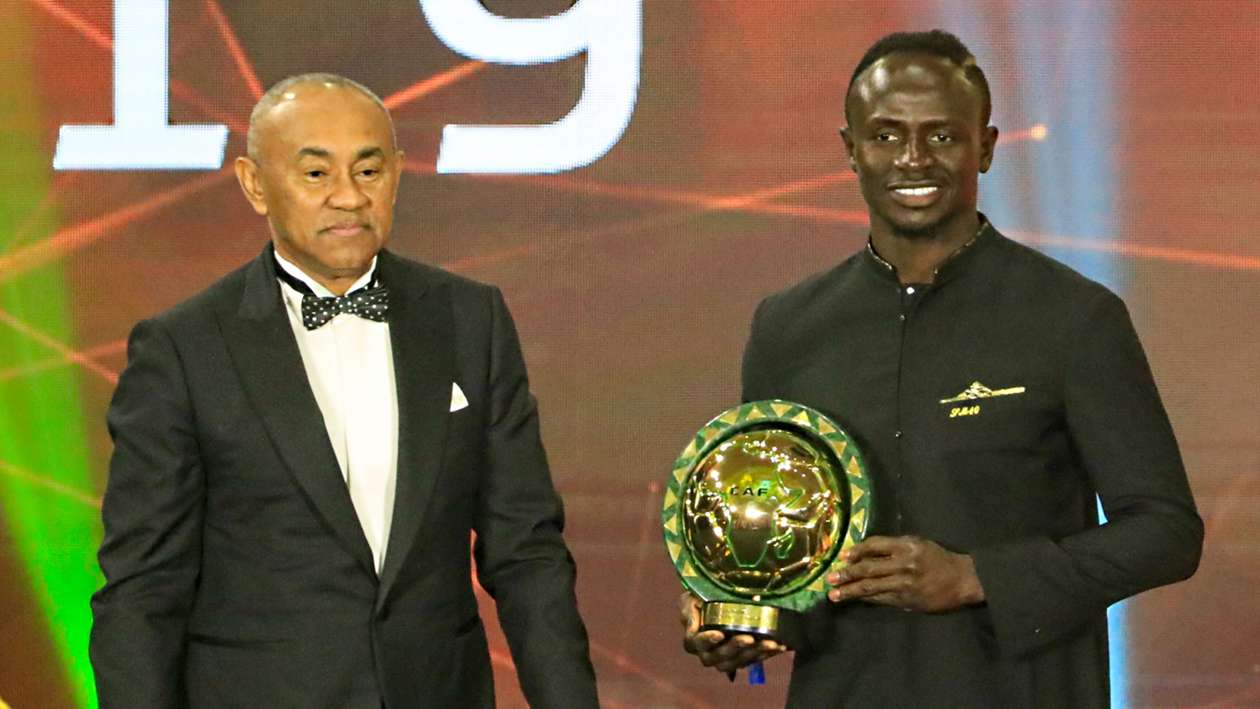 The Liverpool star has won the prize for the first time, holding off competition from his club team-mate and the Algeria winger

Sadio Mane has beaten Liverpool team-mate Mohamed Salah and Manchester City's Riyad Mahrez to the CAF African Player of the Year award for 2019.

Mane was a stand-out player as Liverpool went all the way in the 2018-19 Champions League, while he has also enjoyed a strong start to the 2019-20 Premier League campaign.

The Senegal international placed in the top three in each of the previous three years, finishing runner-up to Salah in 2017 and 2018, and third in 2016, when Mahrez came first.

But the 27-year-old has now claimed Africa's top individual prize after establishing himself among the world's top players.

"I am very happy and so proud to win the award this year," Mane said upon receiving the accolade.

"I love football and anything related to it, I am glad to be here with all of you. I dedicate this award to my family, my team-mates in Liverpool, my manager Jurgen Klopp and all of the Egyptians.

"It is a great day for me and for my career. I would like to thank all of the Senegalese who supported me during my journey. I am feeling happy because they will be glad watching me winning this award, especially the people in my village whom I promised I would win Player of the Year. I would like to thank them in French to best express my feelings.

"I cannot describe my feelings after winning this award and these emotions which surround me in Egypt. Thank you, everyone."

Mane was the co-winner of the 2018-19 Premier League Golden Boot after scoring 22 goals, sharing the award with his fellow African stars Salah and Arsenal's Pierre-Emerick Aubameyang.

Liverpool won the Champions League last term and came close in the Premier League as well, falling one point short as Manchester City won the English top tier for a second straight campaign.

But Mane's side appear well positioned to end a 30-year English title drought this term, having opened up a 13-point lead atop the table in 2019-20.

Mane has again played a starring role, having scored 11 league goals while adding another two strikes in the Champions League as Jurgen Klopp's men have advanced to the last 16, where they will face Atletico Madrid.

Dortmund full-back Hakimi was also named the African Youth Player of the Year as he continues to impress for club and his country Morocco.

Nigeria and Barcelona star Asisat Oshoala claimed the prize as the CAF African Women's Player of the Year.

In other awards, Algeria coach Djamel Belmadi was named the Men's Coach of the Year, while South Africa's Desiree Ellis won the prize on the women's side.