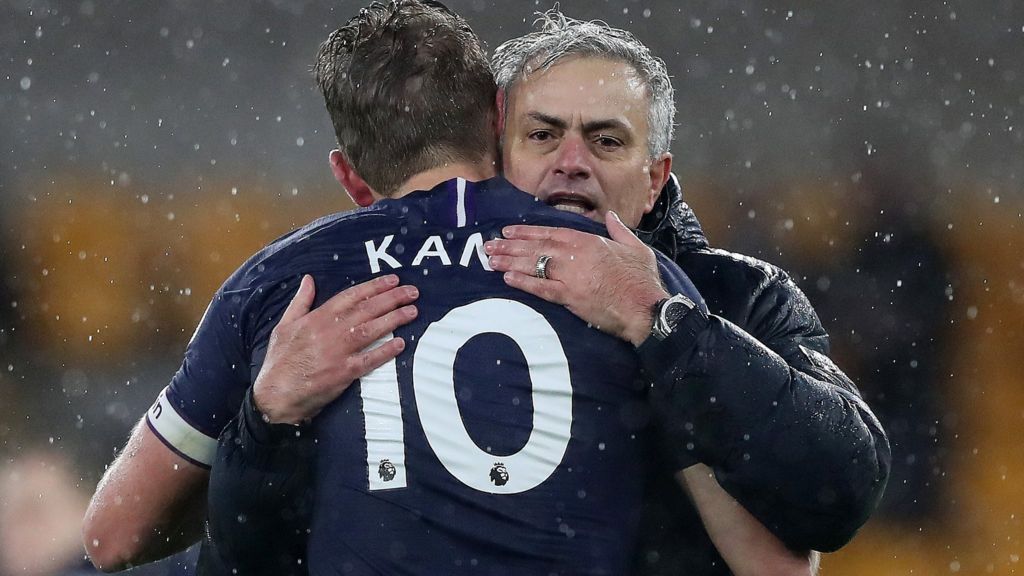 No player can take the injured Harry Kane's place and Tottenham "cannot play like we normally play" without him, says manager Jose Mourinho.

He is ruled out until April with a hamstring injury that requires surgery.

England captain Kane has scored 27 goals in 31 appearances for club and country this season.

"If I speak too much about Harry, I get a bit depressed and then you are going to say 'he is miserable'," Mourinho said.

"It's better to talk about things that make me laugh."

Kane suffered the injury during Tottenham's defeat at Southampton on New Year's Day and will not return to training until April.

"You know that we cannot play like we normally play when Harry Kane is in the team," Mourinho said.

"There's no player who can replace Harry Kane." 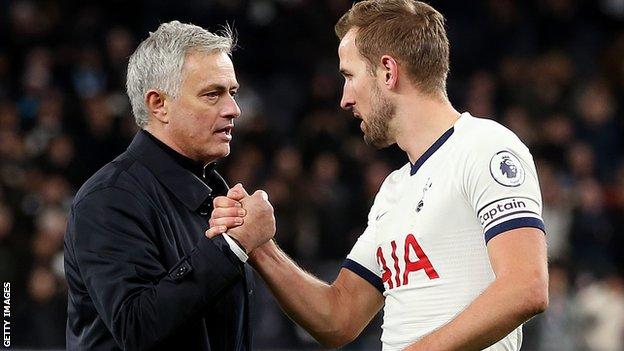 England captain Harry Kane will return to training in April

Danny Rose has returned to training for Spurs while Hugo Lloris is in light training after suffering a dislocated elbow in October.

However, there has been speculation about the future of midfielder Christian Eriksen, whose contract expires at the end of the season.

"If the boss [Daniel Levy] arrives with a solution to face these difficult months ahead of us then so be it, welcome," Mourinho added.

"If not then we will wait for the summer for the next evolution of the team.

"The January market is a strange market. It's a market of opportunities. When the opportunity arrives you have the chance to do it."