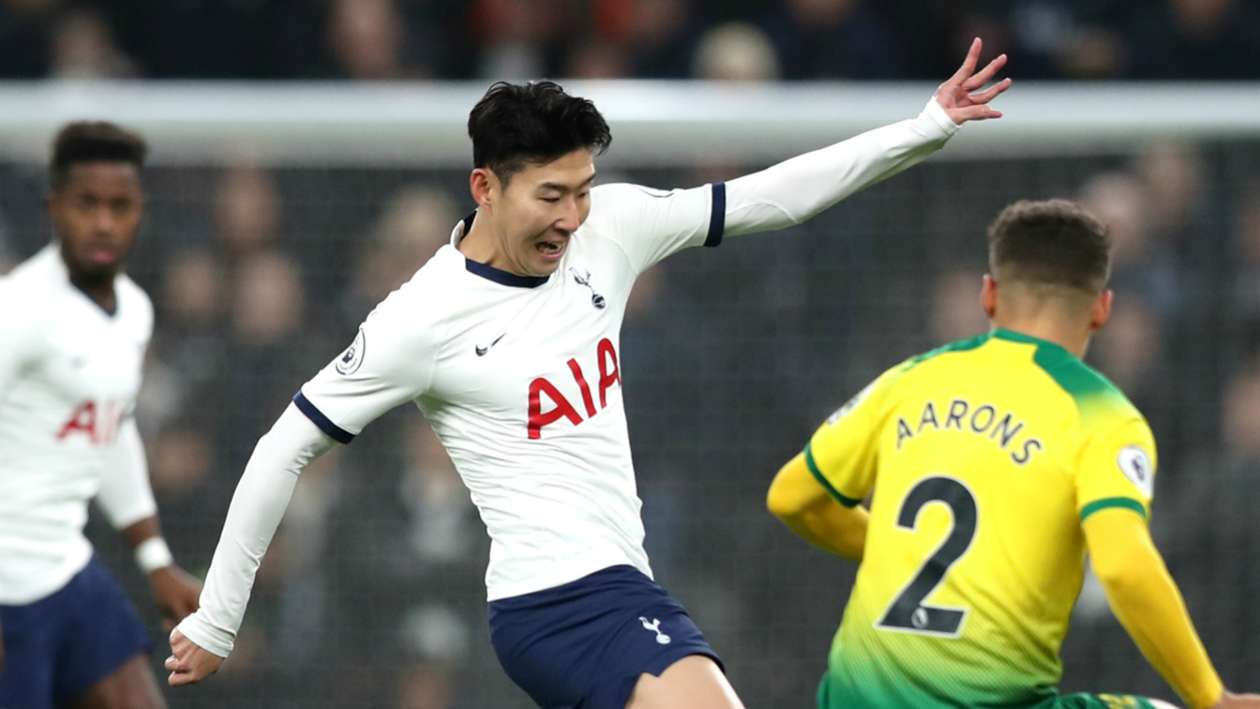 This was no vintage performance from Spurs, who scored their first top-flight goal since December when Dele Alli turned Serge Aurier's cross into the net from close range seven minutes before half-time at Tottenham Hotspur Stadium.

The hosts rode their luck as Norwich passed up numerous opportunities to get back on level terms, before Canaries striker Teemu Pukki equalised from the penalty spot following Ryan Sessegnon's foul on Max Aarons.

A point was the most Spurs deserved but they were up against the side with the joint-worst defensive record in the division and Son's winner arrived 11 minutes from time to move his side up to sixth, six points adrift of fourth-place Chelsea.

Tim Krul made a smart reaction save when Erik Lamela rattled a volley towards the top corner of the Norwich net in the ninth minute, and moments later Pukki rolled a shot just wide.

Son and Todd Cantwell fired over the crossbar at either end before Lucas Moura's defence-splitting pass carved out a gilt-edged chance for Son, who hit the side-netting from 12 yards.

Tottenham's first Premier League goal of 2020 arrived when Son played Aurier into the penalty area and his low cross found Alli, who scored with a first-time finish from inside the six-yard box.

Cantwell turned a Sam Byram cross towards goal after seven minutes of the second half but the ball was inadvertently blocked by Pukki.

Harry Winks limped off with an injury and was helped down the tunnel as Eric Dier replaced him, and there was more bad news for Spurs when Sessegnon tripped Aarons in the box and the referee pointed to the spot.

Pukki tucked the penalty into the bottom-right corner despite Hugo Lloris – back in the starting line-up after dislocating his left elbow and sustaining ligament damage in October – getting a hand to it.

Norwich's porous defence was their undoing when they allowed Giovani Lo Celso to play Alli into the box and his deflected cross was headed home from point-blank range by Son.