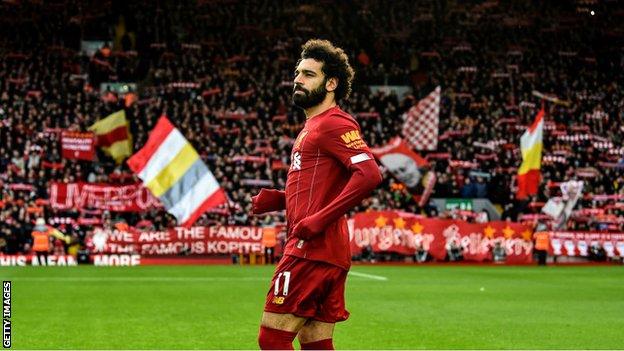 Mohamed Salah's potential involvement at Tokyo 2020 will be a decision for the player and his club Liverpool, says Egypt coach Shawky Gharib.

The forward, 27, is on Egypt's provisional 50-man list for the football tournament, which will hold its final on 8 August - the first day of the 2020-21 Premier League season.

"We cannot force Salah to participate with us," Gharib told Reuters.

The tournament is for under-23 teams but three over-age players are allowed.

Fifa has previously acknowledged that clubs are not obliged to release over-age players for the Tokyo Olympics.

Gharib added: "Salah's participation with the Pharaohs team is a decision to be taken only by Salah, his club Liverpool and his coach Jurgen Klopp.

"I have chosen him in an expanded list of 50 players. The final list of 18 players will be submitted next June."