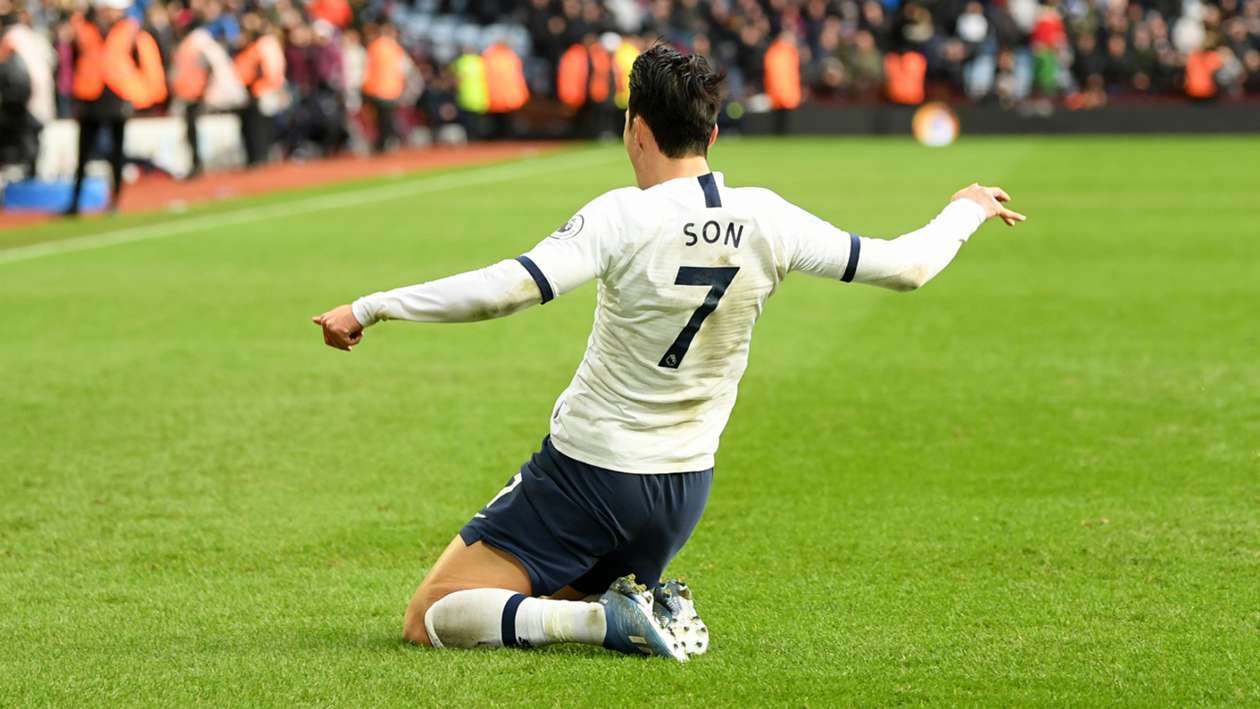 Engels' equaliser appeared to have earned the relegation-threatened hosts a point at Villa Park, but his failure to control a long ball allowed Son to coolly steer past Pepe Reina.

Son had earlier put Spurs 2-1 in front from the rebound of a penalty awarded as a result of an Engels foul shortly before half-time, the forward's first in the game coming after team-mate Toby Alderweireld had scored at both ends.

Villa remain just a point above the bottom three, while Champions League-chasing Spurs are just one point adrift of fourth-place Chelsea.

Spurs went behind in sloppy fashion after nine minutes when Alderweireld turned in Anwar El Ghazi's deflected right-wing cross having failed to communicate with his goalkeeper, Hugo Lloris.

Jack Grealish tormented Spurs down the left channel and had a couple of testers before teeing up Douglas Luiz who, despite a great block from Ben Davies, ought to have scored.

It proved costly when Alderweireld lashed home on the spin from a tight angle after Villa had failed to clear a Spurs corner, though Dele Alli then missed two great chances to put the visitors ahead.

However, Spurs did go in front in added time in the first half when Son registered his 50th Premier League goal, poking in the rebound from his saved penalty which was awarded when VAR judged Engels had felled Steven Bergwijn.

Engels made amends when he climbed above Alderweireld to head home Grealish's corner seven minutes after the restart, and the excellent Reina kept Villa on level terms with some crucial stops.

Son, though, had the final say deep into injury time, the South Korea international racing free before providing a clinical finish to punish Engels' mistake.