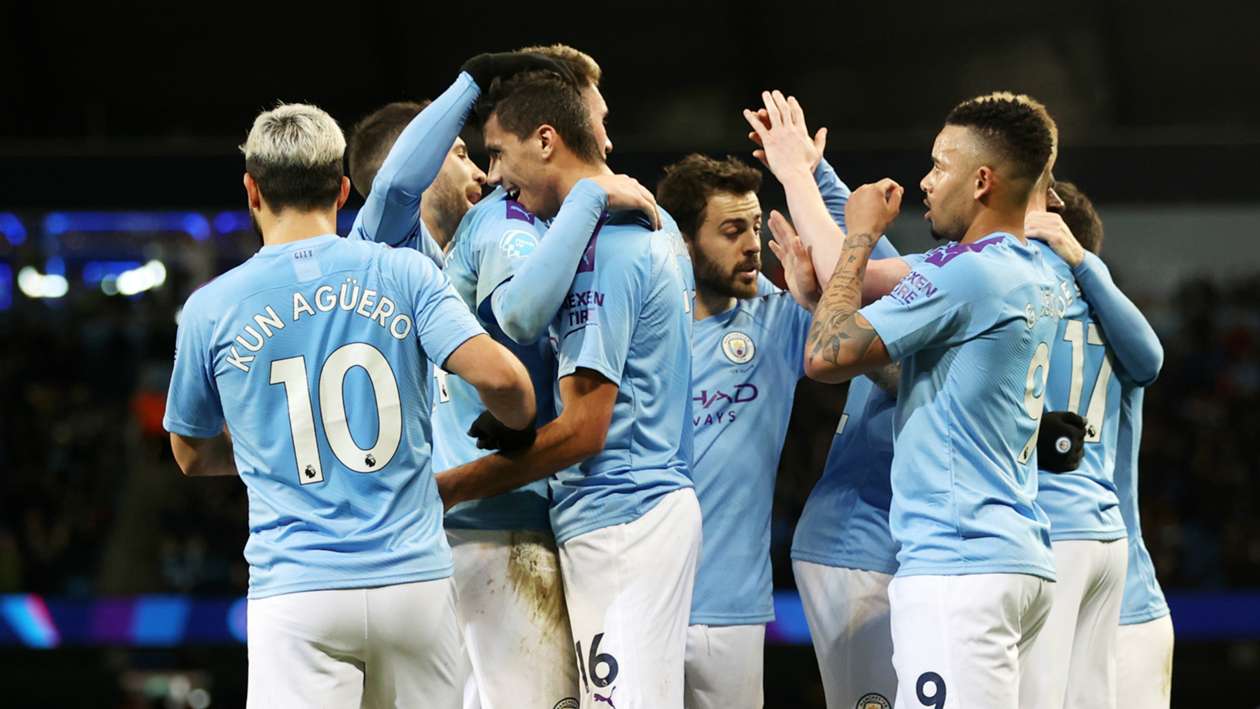 Manchester City put their off-field issues to one side by easing to a 2-0 win over West Ham in Wednesday's rearranged Premier League fixture at the Etihad Stadium.

The build-up to the game was dominated by talk of a two-year ban from European football imposed on City by UEFA for breaching Financial Fair Play regulations.

But it was business as usual on the pitch for City as Rodri made a breakthrough in the first half with his first home goal for the club and Kevin De Bruyne added a second just after the hour.

That proved enough for Pep Guardiola's men, who bounced back from their 2-0 loss at Tottenham earlier this month to open up a four-point gap on third-place Leicester City.

The original game was called off 10 days ago due to Storm Ciara which, combined with the competition's inaugural mid-season break, meant a 17-day rest for City's players.

It did not take long for the hosts to get going, Gabriel Jesus spurning a glorious chance by taking one touch too many in front of goal and allowing Ryan Fredericks to get back.

The Brazil striker again delayed the shot too long from City's next big opening, but Rodri opened the scoring with a looping header at the near post after half an hour.

Guardiola's men toiled for large parts of the contest but had a second goal after 62 minutes through De Bruyne, who exchanged passes with Bernardo Silva and fired home.

David Silva limped off with a knock in the final five minutes, shortly after Lukasz Fabianski produced a good save to thwart Jesus, but City cruised over the line to return to winning ways on home soil.