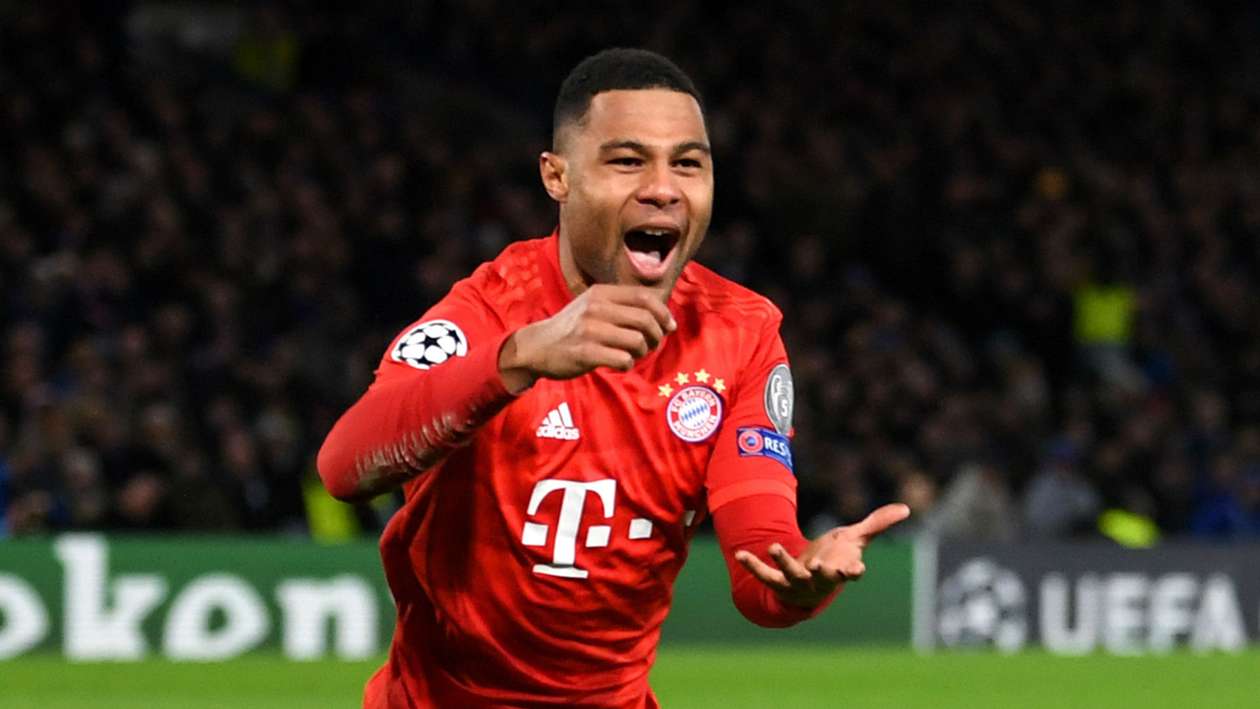 Serge Gnabry starred as Bayern Munich seized control of their Champions League last-16 tie against Chelsea with a resounding 3-0 win in the opening leg at Stamford Bridge.

After a dominant opening half in which Thomas Muller hit the crossbar, the Bundesliga leaders – facing Chelsea for the first time since losing to the Blues in the 2012 final – took the match away from their hosts in the space of three second-half minutes.

Gnabry, who scored four in a 7-2 rout over Tottenham in Bayern's last trip to London, netted a brace when twice combining brilliantly with Robert Lewandowski, who got Bayern's third with 14 minutes remaining.

With Bayern in the ascendency ahead of the return fixture on home soil, Chelsea's misery was compounded when Marcos Alonso was sent off late on.

Retaining his place in Chelsea's line up at Kepa Arrizabalaga's expense, Willy Caballero had a save to make in the first minute when he kept out Muller's strike.

With Olivier Giroud failing to turn in Mason Mount's cross at the other end, the bar came to Chelsea's rescue from a Muller header.

But Bayern made no mistake with their next chance – Lewandowski squaring for the supporting Gnabry to side-foot home.

They swiftly added a second, too, with Lewandowski and Gnabry combining once more for the latter to slot into the bottom-right corner.

Gnabry could have had his third before the hour only to hammer over on the volley, though Bayern were inconvenienced by Coman succumbing to an apparent hamstring injury.

Chelsea seemed to be gathering a head of steam late on, yet Frank Lampard's side found themselves down – and all but out – when the excellent Alphonso Davies raced clear to tee up Lewandowski for his 11th Champions League goal of the season, with Alonso then seeing red after a VAR check for violent conduct.