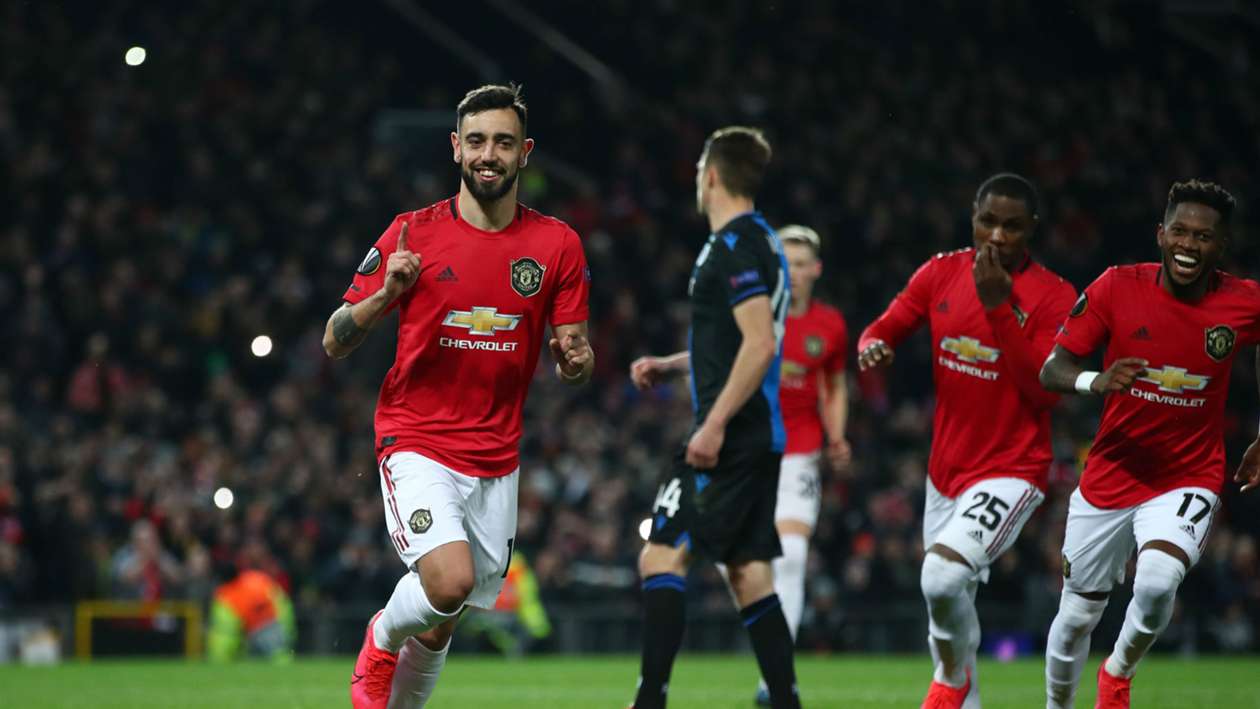 Odion Ighalo marked his full Manchester United debut with his first goal for the club as Ole Gunnar Solskjaer's side swaggered into the last 16 of the Europa League with a 5-0 second-leg win against Club Brugge at Old Trafford.

January loan signing Ighalo came into the side in place of the injured Anthony Martial on Thursday, and the new striker grabbed the second goal in a dominant display against 10 men.

Bruno Fernandes had put United ahead from the penalty spot following a deliberate handball from Brugge defender Simon Deli, who was sent off, dealing a mighty blow to their hopes of building on a 1-1 home draw.

Ighalo netted soon afterwards, before Scott McTominay - in the starting XI for the first time since December - got in on the act. There was time for an unlikely late Fred brace, too, as United coasted through.

Brugge goalkeeper Simon Mignolet made fine early saves from Juan Mata and Fernandes in a portent of what was to come.

United were awarded a penalty when defender Deli dived to his left and turned a Daniel James shot past the post with his hand, although referee Serdar Gozubuyuk observed a lengthy VAR check before confirming the red card as Mignolet appeared poised to make a stop behind his team-mate.

Despite the wait, Fernandes kept his composure and confidently sent Mignolet the wrong way with a low spot-kick following a trademark stuttered run-up.

Fernandes was instrumental in United's second as he teased the Brugge defence and clipped a clever pass towards Mata, who crossed low for Nigeria striker Ighalo to bundle in.

The Portugal midfielder then won possession in the left corner before Fred teed up McTominay to drive home the third from the edge of the area.

Luke Shaw and Mason Greenwood both went close after the break, before Fred belatedly extended the lead with eight minutes remaining as he tapped in Jesse Lingard's cutback.

The Brazilian improbably then got a fifth with the final kick of the match, placing a left-footed shot past Mignolet to cap a fine United outing.