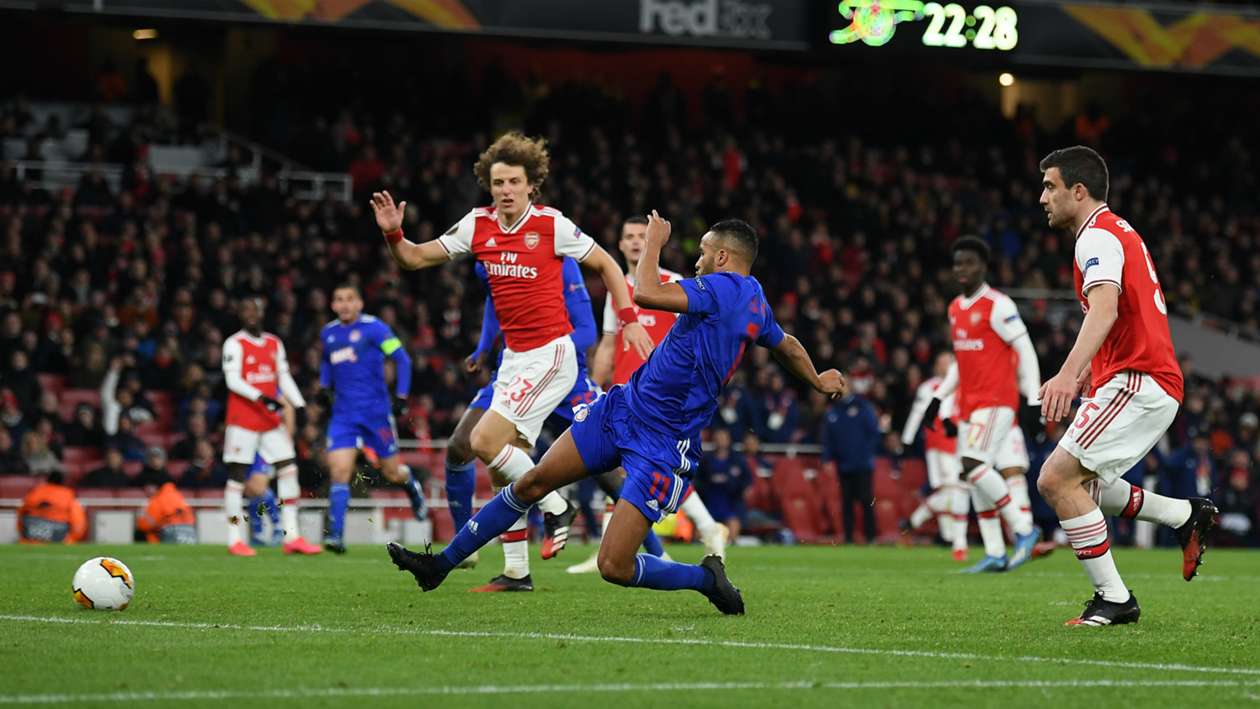 Arsenal crashed out of the Europa League as Youssef El-Arabi's late strike in extra-time secured a stunning 2-1 victory for Olympiacos, who progressed to the last 16 courtesy of the away goals rule.

Pierre-Emerick Aubameyang, who remarkably missed a golden chance in the final seconds after El Arabi's winner, had seemed to settle the contest in Arsenal's favour with seven minutes of extra-time remaining with a stunning acrobatic effort.

But Olympiacos, who cancelled out Arsenal's 1-0 lead from the first leg thanks to Pape Abou Cisse's header in the second half, chose to write their own script as El-Arabi bundled in Giorgos Masouras' cross at the Emirates Stadium.

Yet the drama was not finished there – Aubameyang somehow slicing wide of a gaping goal from point-blank range as Olympiacos held onto a famous triumph in a last-16 tie that finished 2-2 on aggregate.

Bukayo Saka teed up Alexandre Lacazette's winner in the first leg and the duo combined for the only moment of quality in a sluggish first half, but the goal was disallowed for offside.

Arsenal's first-leg lead was cancelled out eight minutes into the second half when then unmarked Cisse headed in from Mathieu Valbuena's corner.

With Arsenal reeling, Konstantinos Tsimikas raced through their defence and ploughed a dipping strike at goal – Leno pulling off a fine stop at full stretch, with Shkodran Mustafi then making a brilliant block as extra-time was required.

Masouras curled a wonderful strike against the bar as both teams pressed for a winner yet it looked like Aubameyang had settled it when he thumped in an audacious overhead kick.

Olympiacos, though, had other ideas and hesitation from Bernd Leno and David Luiz allowed El-Arabi to prod beyond Leno.

Arsenal could have been saved in the final seconds, but with half of the goal to aim at, Aubameyang fluffed his lines as the Gunners' European hopes were extinguished in agonising fashion.